Nobody likes minivans anymore except for the customers. And us.
Uh-oh, now the customers appear to be softening. Sales dropped below a million units last year for the first time since 1992, and the midsummer tally for 2007 suggests fewer than 800,000 this year. Ford terminated its Freestar and Monterey for 2008, and GM axed the Relay and the Terraza; the Uplander is on the glide slope. Only George W. Bush has been more abandoned.

Blame it on the sliding rear doors. “Terminally unhip,” according to the Wall Street Journal. But wait! Minivan rear sliders are the only doors in the whole damn parking lot that don’t threaten your sheetmetal when you park alongside.

crossovers—minivan-like wagons without the sliders, such as GM’s Outlook/ Acadia/Enclave—are the shiny new choice right now for family hauling, but even the largest of them give up 25 to 40 percent of cargo space compared with full-size minivans. They’re smaller inside but take up nearly the same parking space.

With Ford and GM putting their eggs in the crossover basket, Chrysler, inventor of the minivan back in 1984 and market leader ever since, is the only Detroiter to stick by the concept. You might even say it has renewed its vows for 2008 with a major makeover of its Dodge Grand Caravan and Chrysler Town & Country models.

This new benchmark calls for a new comparison test. The casting call went out to Honda, Toyota, Nissan, and Hyundai, whose Entourage will also stand as proxy for its sister, the Kia Sedona. For $35,000, we said, give us your best shot.

The benchmark 2008 Dodge Grand Caravan SXT nailed our price target within $40, at $34,960 as tested. The new look is definitely Dodgey, an assertively block-shaped presence that reminds a bit too much of the top-heavy Jeep Commander. But minivans aren’t loved for their svelte silhouettes. Inside, Dodge has carved in so many nooks, crannies, cup holders, and juice-box niches that the soccer team will have to find something else to squabble over. The much lauded Stow ’n Go seating—featuring second-row captain’s chairs that vanish into the floor—is back and easier than ever to operate.

The Nissan Quest and the Toyota Sienna are the two longest-running models in the group, both new in 2004. Regrettably, the test Quest carried an $11,415 load of options, pushing it to $39,620. But $6200 of that went into two packages: SkyView includes a movable glass sunroof and four more fixed glass panels over the passenger area; the other option brings navigation and expensive Michelin run-flat tires. Since those features didn’t figure materially into our evaluation, a Quest priced about $34,000 would rate at least as highly as did this test vehicle.

We had the choice of two Siennas, everything-but-nuts or a thrifty model with just the equipment most people buy, at $29,623. We took the people’s choice, with cloth seats and power operation on the side doors only.

The Hyundai Entourage was new for 2007. Our Entourage Limited, loaded to the gunwales in the Hyundai fashion with leather seats, power sunroof, power side doors and liftgate, and power-adjust pedals, checked in at $33,820, well under the target price.

In our last comparison of full-size minivans, the Honda Odyssey was our top choice. Today’s version was new for 2005. The well-equipped EX-L test car included a leather interior, power doors, and the i-VTEC V-6, which drops to three cylinders at light loads to save gas. At $35,490, it topped our price target by a modest $490.

The once-thriving minivan market has narrowed to Chrysler against the world. Can the original maker regain the lead in the category it invented 24 years ago? Let’s hit the road and find out.

Talk about space shuttles, the Hyundai’s rocket-nozzle headlights are straight from outer fantasyland. But why should minivans be boring? The big chrome door handles set into their carved coves on each side certainly aren’t. Moreover, the Entourage drew admiring comments for its plush interior. The steering wheel is as shiny as a new pair of Florsheims. The knobs and the switches drew snickers for their jumbo block lettering­­—who ordered the AARP option? On the road, the powertrain impresses. The engine makes a husky, well-engineered sound, and the five-speed automatic creams shifts. Acceleration is midpack by most measures, as were handling grip and braking. Passengers in the second row will find toe space limited under the front seats, blocked by what seems like a solid wall. The cushions in both rows are too low to please adults; we rated the third row least comfortable in this group. On rougher roads, the ride quality is unpleasant back there. Of all the minis, the Hyundai has the least disciplined suspension motions.

Ergonomics are mixed. The steering column tilts but doesn’t telescope. Audio and HVAC controls are located high on the stack, just a short eye flick off the road. Power-seat controls are in plain sight high on the door. Two stacked glove boxes are generous in size. The driver’s footrest is properly shaped.

Maximizing cargo space by removing the second row is a pig wrestle, with no good place to grab each of the 60-pounders. Folding them, on the other hand, is generally easy. A 24-pound lift, measured on an extension scale, hoists the wide side of the split third row out of the well, and it goes over center early in its arc, easing the load. From the rear, the liftgate closes with a button over your head on the bottom edge of the door, a handy location that’s almost clear of the door’s motion. Back-row passengers have a local button to power-open the quarter-windows, a rare feature. Can the kids be trusted?

Even though the second-row chairs fold and tilt with one touch in an inertia-driven slam-bang motion, they open only a narrow passage to the rear. To make sure our customary male view didn’t miss something, we included a working mother of two in the test jury. Mom says those seats “make a guillotine” kachunk when they drop back into their floor latches. “I wouldn’t want little feet anywhere near.” 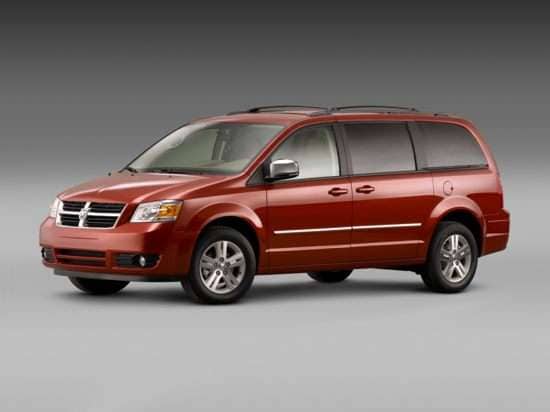