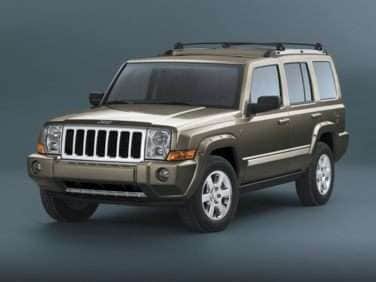 All About Jeep Commander

Prior to the 2006 model year, Jeep's vehicle lineup lacked an SUV with three rows of seating. The Jeep Commander was introduced to meet this need. Based around a stretched out version of the XK platform found on the Jeep Grand Cherokee, the Jeep Commander delivers an extra two inches in length. This extra length was enough to add the necessary third row of seats, though many critics have claimed that the third row is simply too cramped to be comfortable. In response to these complaints, the 2008 Jeep Commander was made available with the option of 2-row seating.

The exterior styling of the Jeep Commander is much more boxy and retro-inspired than the rest of Jeep's current vehicle lineup. With bold lines and sharp angles, the SUV is intended to hearken back to the original Jeep vehicles of the 1970s, particularly the Jeep Wagoneer. With a focus on rugged simplicity, the interior of the vehicle remains true to the Jeep brand. The relatively straightforward design includes a squared-off dash and hard plastic features.

The Jeep Commander was originally introduced with two trim options – Sport and Limited. A third top-tier option, dubbed the Overland edition, was introduced for the 2007 model year. The base Jeep Commander Sport features a 3.7-liter V6 PowerTech engine that delivers 210 horsepower and 235 lb-ft. of torque. Notable standard equipment on the Sport edition includes power windows and doors, power driver's seat and air conditioning.

The Jeep Commander Limited receives both performance and comfort upgrades. A 4.7-liter PowerTech V8 engine adds an additional 15 horsepower and 70 lb-ft. of torque. Interior features include power sunroof with twin skylights, heated leather seats, dual-zone climate control and automatic windshield wipers. The luxurious Jeep Commander Overland takes things even further with a standard 5.7-liter Hemi V8 (an optional upgrade on the Limited) that musters 330 horsepower and 375 lb-ft. of torque. A variety of unique design accents on both the interior and exterior of the vehicle are also available on the Overland edition.

Discontinuation of the Jeep Commander

Jeep has announced that the Jeep Commander will be discontinued after the 2009 model year. This is largely due to poor sales. Just 88,497 units were sold in 2006, with similar disappointing sales figures following in 2007 and 2008. Many have pointed to rising gas prices and the surge of interest in smaller, more efficient vehicles for the unspectacular consumer response to the Jeep Commander. Potential cannibalization of Jeep Grand Cherokee sales may have also contributed to Jeep's decision to discontinue the model.