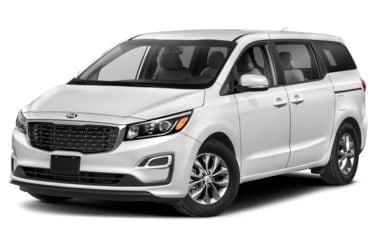 All About Kia Sedona

The Kia Sedona is a four-door seven-passenger minivan. The Kia Sedona first arrived on the market in 2002 and stayed relatively the same for four years. It was marketed on the premise of offering the most features for the least money. It gained a solid reputation as a quality built solid vehicle with great crash test results. On the down side, it was heavier and lacked a responsiveness that the competition had. The old Sedona had less cargo space due to the rear seats but it was considered to be spacious for passengers. There were few changes made over these initial years and all of them were minor like a newly designed taillight style.

Under the hood of the current of the 2008 Kia Sedona is a 3.8 L V6 engine offering 250 horsepower and 253 lb-ft of torque. This engine is paired with a five-speed Sportmatic automatic transmission with overdrive that allows the driver to select gears. The power is more than adequate and the newly engineered suspension has given the Sedona a lighter and smoother ride. This model is longer and compares in size to the Honda Odyssey. Like most in the same class, the mini-van offers loads of legroom in all three rows of seating. The cargo area is also more than adequate for large families offering 32 cubic feet on the LX and EX with many small storage compartments around the inside of the vehicle for convenience.

The EPA fuel economy rating for the Kia Sedona is 16 miles per gallon in the city and 23 mpg on the highway.

The Kia Sedona Features and Options

The base trim of the Kia Sedona comes with three-zone air-conditioning, a full complement of power features, keyless entry and a basic CD player. The LX has those features but also comes with a fold-to-the-floor back row of seating and more cargo space. Then step up to the EX for additional power-sliding doors, and a power liftgate fog lamps, power front seat, leather-wrapped steering wheels a trip computer, alloy wheels and even a roof rack. Other features that shouldn’t be ignored are the design features of side impact door beams, impact-absorbing steering column and front and rear crumple zones. There is a Convenience package available as well.

The Kia Sedona has a full complement of safety features. For all the Sedona trims there is six standard air bags, including front seat mounted side air bags, full-length side curtain bags that cover all the different rows of seating. There are active front head restraints to minimize the danger of whiplash. In addition, included standard are anti-lock brakes with electronic brakeforce distribution, stability control and traction control systems.