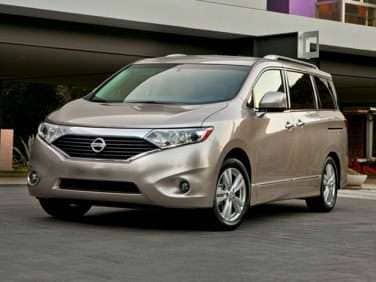 All About Nissan Quest

The Nissan Quest is a minivan that has been in production since 1993. The vehicle was introduced thanks to a collaboration between Nissan and Ford. The Quest was initially a clone of the Mercury Villager, but has since gone on to become its own unique vehicle. The minivan is currently in its third generation of vehicle design, which was introduced in 2004. It competes directly with the Honda Odyssey, Toyota Sienna, Dodge Grand Caravan and similar vehicles.

The current generation of the Nissan Quest is radically different from previous models. An innovative exterior design includes a distinctive grille, sloping lines and short nose. Minor upgrades since 2004 include redesigned headlights and freshened roof-rack rails. Overall dimensions for the minivan include a length of 204.1 inches, width of 77.6 inches and height of 71.9 inches.

The 2007 model year brought a new interior design that was intended to make the vehicle more user friendly. Notable changes include moving the instrument panel from the center of the dashboard to behind the steering wheel and improved build materials. The vehicle features three rows of seating that accommodate up to seven passengers. In the rear, the Quest offers average cargo space for its class, with 32.3 cubic feet of space available. Both the third and second row of seating fold flat for a maximum cargo volume of 145.7 cubic feet.

The Nissan Quest is available with one engine option – a 3.5-liter V6 that delivers 235 horsepower and 240 lb-ft. of torque. The engine is matched with a 5-speed automatic transmission that provides 16 mpg in the city and 24 mpg on the highway (according to EPA estimates). Fuel capacity for the minivan is 20.1 gallons.

The 2009 Nissan Quest is mostly unchanged from 2008. The 2009 models have a new paint color, called Tuscan Sun, and there are now automatic door locks that work with a speed sensor as standard. These are the only two changes to the Quest’s current model year.

The Quest has four trim levels available in 2009. The base model is the 3.5 trim. The upgraded trim levels are the 3.5 S, the 3.5 SL and the 3.5 SE. All of the trims are seven-passenger vehicles that come standard with only the front seats. All of the seats in the second and third rows come as options only. The standard engine on the Quest is a 3.5 liter, V6 that comes with 235 horsepower, 236 pounds of torque and a five-speed automatic transmission. There are no other drivetrains available for the Quest.

The powertrain comes standard with automatic locking hubs and an electronic transfer case. The suspension comes with front coil springs, independent double wishbone suspension in the front, rear coil springs and a limited slip differential. The Quest can go from zero to 60 miles per hour in just over 6.7 seconds.