Nissan Altima Hybrid: Preview -- In what may go a long way toward cementing the future staying power of hybrid-powered vehicles, Nissan recently unveiled a prototype of the 2007 Altima Hybrid, a hybrid vehicle based on the Altima mid-size sedan. The car is scheduled to be launched in 2006 for the US market. Recently, Autobytel.com had the opportunity to drive an Altima hybrid "mule" with a gasoline-electric drivetrain. (Mule is the term used for a development vehicle.) In this case, Nissan placed Toyota's award-winning hybrid-electric componentry, along with the current Altima's engine and transmission, inside the skin of an Altima. Additionally, there were large metal boxes, relaying computer-generated information to the cockpit, for engineering purposes. As a result, it was a somewhat crude ride and a crude interior, but showed the progress Nissan is making toward the development of a hybrid vehicle.

Nissan is the fifth major automaker to either introduce a hybrid to the US market or announce plans to do so. The first automaker is generally credited as Honda - with the Insight two-seater hybrid, followed by Toyota with the first mass-produced hybrid, the Prius. The technology behind Prius has powered Toyota's hybrid plans and, in fact, will play a part in launching the Altima hybrid. According to Nissan, in September 2002, Nissan and Toyota signed a basic agreement stipulating that Nissan will produce 100,000 hybrid vehicles within a five-year period, and that Toyota will supply the hybrid system components (transaxle, inverter, battery, and control unit). Nissan will develop the engine and unit adaptation.

The Altima prototype model is the first completed by Nissan under the agreement. With the Altima hybrid, Nissan hopes to offer consumers a sedan with V6 power and fuel efficiency that betters many compact vehicles. And while most hybrid vehicles place a premium on fuel economy, Nissan's primary focus seems to be on acceleration and performance - with increased fuel savings and environmental efficiencies. Nissan executives say that its gasoline engine is required to be shorter, due to less real estate under the hood (as a result of the hybrid system) and that this automaker known for sporty driving cars plans on having its "own specific tuning of the system, and its own engine that will create the difference that will bring Nissan-brand character."

Nissan plans to build brand character into the Altima hybrid with 'Nissan-ness', that will include suspension tuning and throttle note. Interviewed during Nissan's 2005 360 new car and truck event, held for the worldwide automotive press in San Francisco, California, Nissan executive Jack Collins, Director of Product Planning, spoke about Nissan's efforts in the direction of fuel-saving. "We will apply hybrids more broadly than what we are currently, when the economic equation makes sense..." said Collins, "...when the market shifts." When questioned about diesel offerings for the US market, Collins revealed that Nissan is looking at its light truck lineup, for instance, a diesel version of its Titan, introduced in '04, as Nissan's first entry into that market. He also revealed that Nissan is looking at the heavy duty truck market in general and a diesel offering in that popular and growing segment of the market, as well.

"The regulatory environment within the United States is still unclear because of poor performance related to noise and smell," said Collins. "I think diesel is well accepted in the heavy duty truck market, as well as other configurations of trucks," Collins added."Below a certain point (of size), we need to find something innovative and appealing (in the hybrid market). Making a car that's just inexpensive is not the answer. A two-year-old off lease car is so good today, that it doesn't make sense to compete there. This is an area of opportunity to bring new people into the Nissan franchise (hybrid and diesel powertrains) as we make our lineup stronger and add hybrid offerings now in the pipeline with Altima and Maxima."

When will the Nissan Altima Hybrid debut in America?
The current plan is to debut the Altima hybrid in 2006, as a 2007 model.Is Nissan developing their own hybrid technology?
Only partially. Most of the hybrid technology comes from Toyota and the Prius model.

Are there any other Nissan vehicles planned for a hybrid makeover?
The Maxima is likely, and Nissan executives are looking into developing a diesel Titan. 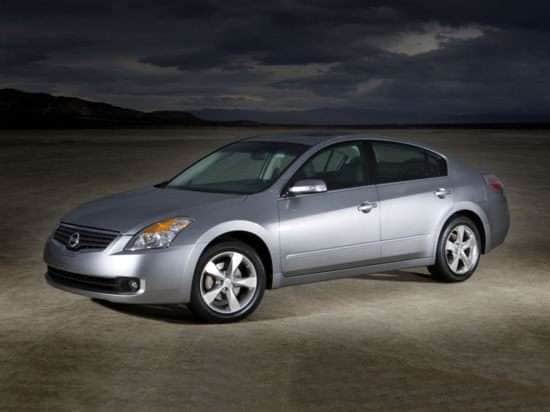