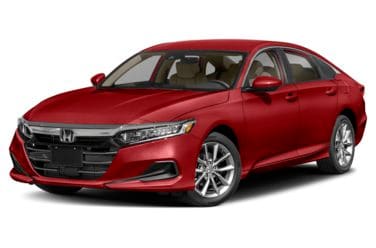 All About Honda Accord

But then Honda has had over thirty years to get it right. The first Honda Accord was produced in 1982. Back then the Honda Accord was a compact hatchback sitting one step up from the Honda Civic. As the popularity of the car has grown, so too has the size of the car – into an almost full-size sedan. Once the Honda Accord grabbed the attention of the consumer, it has kept it, showing consistent sales even in an inconsistent market. Part of the reason for this is its ability to stay current. An example of this is the limited-availability Partial Zero Emissions Vehicle (PZEV) model available in 2008.

With the redesign of the Honda Accord into the eight generation 2008 model, the car grew four inches longer and three inches wider. This allowed for a larger interior. If the Accord sedan has no moonroof, then it offers interior space of 120 cubic feet, which then allows it to be considered a full-size car by the EPA standards. However, if the Accord has a moonroof, then it is considered a mid-size car with the combined interior space of 115 cubic feet. The Honda Accord coupe is of course, a compact car and comes with a combined interior space of 104 cubic feet without the moonroof and loses an additional 2.4 cubic feet it the model comes with a moonroof.

Four-cylinder and V6-powered coupes and sedans are back again this year. There are several engines available offering different levels of power from a 2.4 L I4 offering 190 hp to a 3.5 L V6 that produces 271 hp. The coupe has the same engines available. However, in previous generations, there had been a hybrid version. It is not included in this generation. This 2008 model will offer better fuel economy than the conventional gasoline version. The Accord LX equipped with a 2.4 L four-cylinder engine that produces 177 hp and paired to a five-speed manual transmission offers 22 mpg in the city and 31 mpg on the highway.

For fuel economy, the V6 variation of the Accord uses Honda’s Variable Cylinder Management (VCM) system. This system shuts off two or three of the cylinders in response to the type of driving being done, such as highway driving, city driving, uphill or downhill driving. This allows the V6 to operate more efficiently. The Accord Coupe V6 with the 6-speed manual transmission does not offer the VCM system. This means a decrease of 4 mpg in fuel economy on the highway. The V6 models also offer advanced emissions control system, which allows it to comply with California’s ‘Partial Zero-Emissions Vehicle’ category. The PZEV Accord's are available only with automatic transmissions.

Honda Accord Features and Options

The Honda Accord's popularity can be partly attributed to customer satisfaction over getting a well equipped vehicle for the money. Even at entry level, the vehicle includes tilt steering column, Drive-By-Wire throttle controls, Vehicle Stability Assist stability control system, electronic brake assistance and even traction control.

Safety features for all models were boosted this year to include standard Vehicle Stability Assist (VSA) and active front head restraints. These additional features contributed to the now perfect crash test scores.

It’s hard to argue with quality when is packaged with a price tag everyone can afford.

The 2009 Honda Accord is a carryover from 2008. The 2009 Accord is available as both a sedan and a coupe. The sedan is available in LX, LX-P, EX, EX-L, EX V-6 and EX-L V6 trims. The first two are outfitted with a 177 horsepower, 2.4 liter 4-cylinder engine that also provides 161 lb-ft of torque. Buyers can choose between either a 5-speed automatic or manual transmission, and fuel economy is rated at 22 miles per gallon in the city and 31 miles per gallon during highway cruising. The EX and EX-L employ a feistier version of the same engine, tuned to provide 13 more horsepower and 1 more lb-ft of torque. Transmission options and fuel mileage are also identical. The EX V-6 and EX-L V6 upgrade the motor to a 3.5 liter 6-cylinder unit that boosts performance substantially with 271 horsepower and 254 lb-ft of torque. A 6-speed manual takes the place of the lesser 5-speed, although a 5-speed automatic is still an option. Fuel economy is reduced to 19 miles per gallon in stop and go driving and 29 miles per gallon on the highway.

The 2009 Accord coupe features LX-S, EX, EX-L and EX-L V-6 trims. The initial three versions of the two-door are equipped with the more powerful edition of the 2.4 liter 4-cylinder found in the sedan, along with the same transmission choices. The EX-L V-6 avails itself of the 6-cylinder and transmissions from the sedan. Fuel economy for the smaller engine is the same as when it is installed in the four-door, but the V6’s numbers plunge further to 17 miles per gallon in the city and 25 miles per gallon on the highway.