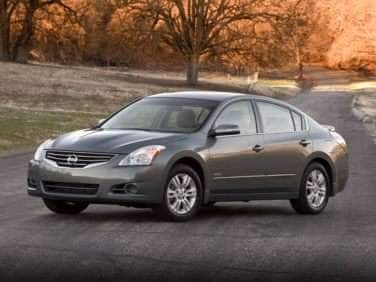 All About Nissan Altima Hybrid

The Nissan Altima Hybrid was a gasoline-electric version of the Japanese automaker’s popular mid-size Altima sedan. The traditional gasoline version of the Altima has been available since 1993. Unlike many of the vehicles in Nissan’s lineup, the Altima is produced only in the United States. It was built exclusively in Nissan’s Smyrna, Tennessee plant, until Nissan added Altima production at the Canton, Mississippi facility, in order to meet growing demand for the car. The Nissan Altima is sold in North America, South America, and the Middle East. The gasoline Altima became the second-best selling car in the United States in 2011. However, the short-lived Nissan Altima Hybrid, which was introduced in 2007 alongside updates to the regular gas Altima, was discontinued in 2011, just as the gas Altima was enjoying all its accolades. Nissan has, however, introduced several new hybrid vehicles since the Altima Hybrid’s demise.

The gasoline version of the Altima competes primarily against the Toyota Corolla and the Honda Civic, and it was these rival auto manufacturers’ popular hybrids that Nissan targeted with the Altima Hybrid. The Altima Hybrid was actually Nissan’s first foray into the increasingly competitive hybrid category, and Nissan didn’t have its own hybrid driveline ready to go, so it licensed Toyota’s technology to complete the vehicle, an arrangement that was in place through the Altima Hybrid’s end in 2011. Nissan stated at the time that future hybrid models would be designed and engineered using Nissan’s own technology. Upon release, the Nissan Altima Hybrid was available only in the states that chose to follow California’s more rigid energy requirements, as well as in Canada. Within the United States, the Altima Hybrid was shipped only to California, Oregon, Maine, Vermont, Massachusetts, Rhode Island, Connecticut, New York, New Jersey, and Maryland.

The Altima Hybrid, like the Altima, was front-engine and front-wheel-drive. The Toyota-sourced hybrid drivetrain was comprised of a 2.5-liter, 158 horsepower inline-four gasoline engine that was combined with an electric motor for a total power yield of 198 horsepower. Though the hybrid drivetrain technology was from Toyota, since Nissan lacked the knowledge to accomplish the gasoline-electric pairing, the actual 2.5-liter gasoline engine was in fact a modified version of the engine found in the standard Altima.  The gasoline engine and electric motor could operate simultaneously for maximum power, or one at a time depending on driving conditions and the car’s power needs. The Altima Hybrid was unofficially capable of achieving a 0-60 acceleration time of 7.1 seconds. The Environmental Protection Agency rated the Altima Hybrid’s fuel economy at 35 miles per gallon city, 33 miles per gallon highway.

The gasoline Altima sedan was known for being rather sporty, at least as far as mid-size sedans go that aren’t designed specifically for luxury or performance. Nissan had hoped some of that reputation would help out the Altima Hybrid. And it did, at least according to reviewers who drove the car when it was released. The Altima Hybrid was hailed for being more fun to drive than its competition (even the Toyota cars with which the Altima shared its technology), though it still boasted the competitive gas mileage that was attracting new buyers to the hybrid vehicle fold. The Altima Hybrid was nicely outfitted, with keyless entry and ignition, a satellite radio-equipped six-speaker stereo, a CD and MP3 player with an auxiliary input jack, dual zone climate control, a power driver seat, and 16-inch alloy wheels. Options were configured into packages, and included Bluetooth wireless integration, navigation, a rear view camera system, leather upholstery, and a Bose audio system upgrade.