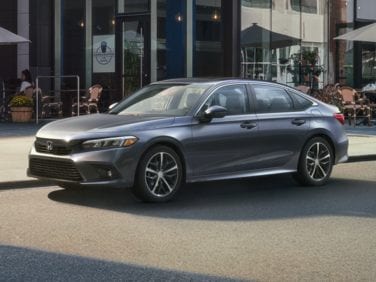 All About Honda Civic

The 2008 Honda Civic is a small car available as both a sedan or a coupe. For thirty five years, the Honda Civic has been a mainstay in the hearts of American consumers. When it first arrived in the US in 1973, the small, fuel-efficient, and very reliable car came at an ideal time. Gas prices were on the rise and so to was environmental awareness. The Civic stayed popular in the intervening years and stands ready to be dependable choice in these difficult economic times of today. Along the way it has collected numerous awards, including several ‘car of the year’ awards. To maintain this stellar climb over the years, the Honda Civic has continuously changed to meet the needs of the consumer.

The Honda Civic coupe and the sedan share the same platform, however, neither share a single body panel. The Civic's last redesign was done in 2006 and remains relatively the same for 2008.Over time, the Civic has gone from utilitarian to sporty, however it still stays true to its low-cost and fuel-efficient roots. The Civic is built with comfort, design and safety at the forefront. It also holds its value in the market and you’ll be happy when it comes time to trade it in. The new trim for 2008 was the Honda Civic Mugen Si sedan. Similar to the the Honda Civic Si sedan, this car offers track-tuned suspension, 18-inch forged alloy lightweight wheels with special tires, a rear diffuser and a sport-tuned exhaust system, as well as a full body kit that has an adjustable rear wing spoiler. A bit on the high price side for a Honda Civic, these models, of which there are only 1,000 available, will be sold in the general area of $30.000.

There are many solid economical reasons to buy a Honda Civic. There are the trims, the wide variety of configurations, solid reputation behind the vehicle and the unbeatable value. The Honda Civic is one of the few small cars with the choice of a sedan and a sporty looking coupe.**** The safety features of the Honda Civic offers front seat side airbags, side curtain airbags and active front head restraints. It also comes standard with antilock brakes.

When you add in all the options that can personalize any variation, this vehicle really does have something for everyone. That it is smaller, more fuel efficient, and been around for years makes it a stable and steady choice for consumers. Then when you consider the price, this car is hard to beat.

The 2009 Honda Civic has had its exterior styling updated when compared to 2008. Two additional trims are also available, the DX-VP and the LX-S. The 2009 Civic is available as both a sedan and a coupe. The sedan can be ordered in DX, DX-VP, LX, LX-S, EX, EX-L, Si, GX and Hybrid trims. Each of these save the Si, GX and Hybrid is powered by the same 1.8 liter, 4-cylinder motor that produces 140 ponies and 128 lb-ft of torque. A 5-speed manual transmission is standard equipment, with a 5-speed automatic available as an option. Fuel mileage is rated at 26 miles per gallon around town and 34 miles per gallon on the highway.

The 2009 Civic coupe can be ordered in DX, LX, EX, EX-L and Si trims, which provide the same engine options, fuel mileage and transmission choices as their sedan counterparts.