The Ten Most Affordable 2012 Crossovers

Back in 1984, Jeep introduced a smaller Cherokee model. The first Jeep with a unit body rather than a body on frame architecture, the 1984 Cherokee set the mold for the SUV boom that ran unabated through the middle of the first decade of the 21st century.

In the years that followed, the SUV, against all logic, became the most popular style of automobile in the U.S. Everywhere you looked there were lines and lines and lines of SUVs of all shapes and varieties—from compact SUVs like the Mazda Tribute to luxury suvs like the Cadillac Escalade, and gargantuan behemoths like the Ford Excursion, America went SUV crazy.

Auto manufacturers loved it because SUVs were held to the same lax safety and emissions standards as trucks. They were cheap to build and profit margins were huge. A tax loophole allowed business owners to purchase an SUV over 5000 pounds and write it off. Everything was in the SUV’s favor—until gas prices spiked and consumers realized they were buying trucks. This meant they were dealing with a rough ride, poor fuel economy, and what could only be termed as unresponsive handling. In fact, as many Ford Explorer owners discovered, SUVs were also quite dangerous. With their high center of gravity, they could roll over in emergency maneuvering situations.

In an effort to counter the sales backlash that resulted, manufacturers started basing SUV-type vehicles on their car platforms. After all, they reasoned, nobody was buying them to drive off road, so why build in off road capability? Suddenly, you could get an auto with the tall ride height and profile of an SUV. But, since it was based on a car, it drove like a car, got better fuel economy than a traditional SUV, and had the added bonus of being more comfortable as well.

Thus the “Crossover” SUV was born.

While sales are down considerably from the height of the SUV boom years, there is still some demand for crossovers. Thus, the ten most affordable crossovers for 2012 are…

When your first name is Jeep, you’re expected to deliver a measure of off road capability — even if you’re one of the ten most affordable 2012 crossovers. Fortunately, the Patriot lives up to its name with its increased ride height, skid plates and a four-wheel-drive system with dual-range gear ratios for low-speed crawling.

Based on the Dodge Caliber passenger car, the Patriot also brings carlike ride and handling to the fore. And while it may give up something in terms of refinement to its competitors, the Patriot does deliver in the dirt and does so at the lowest price point out there.

Standard features include fog lamps, roof rack side rails, cruise control, an outside temperature display, a tilt steering wheel with audio controls, and a four-speaker sound system with a CD player and an auxiliary audio input jack.

The base model Jeep Patriot Sport’s front-wheel drive powertrain uses a 2.0-liter four-cylinder engine, rated at 158 horsepower and 141 ft.-lbs. of torque. A five-speed manual transmission is standard—while a CVT is optional.

Mitsubishi builds highly reliable and fun to drive autos that hardly anyone knows exist. Ironically, the second least expensive vehicle on our list of the ten most affordable 2012 crossovers is probably the worst seller of the bunch.

Tough looking and well equipped, the Outlander Sport somehow manages to fly under the radar of most shoppers in this category. Were they to look more closely they’d find really nice stuff like heated mirrors, cruise control, keyless entry, air-conditioning, a tilt-and-telescoping steering wheel, split-folding rear seats, Mitsubishi's Fuse voice-activated electronics interface; and a four-speaker sound system with a CD player, an auxiliary audio jack and an a USB/iPod interface; all are standard equipment on the base model Outlander Sport.

There are those who would assert the Dodge Journey is more tall station wagon than crossover SUV. And honestly, it’s a difficult proposition to dispute. Where its Jeep Patriot cousin can claim a trail rating, the Journey is strictly pavement focused.

Benefitting tremendously from a rework for the 2012 model year though, the current model Journey is at once more polished and more fuel efficient than its predecessors.

Power comes from a 173-horsepower, 2.4-liter four-cylinder engine producing 166 ft.-lbs. of torque. A four-speed automatic transmission is standard. The EPA estimates 19 miles per gallon in the city, 26 highway, and 22 combined.

Benefitting mightily from the design renaissance going on at Kia, the 2012 Sportage is a good-looking vehicle. It’s also fun to drive—thanks to the suspension recalibrations for the 2012 model year. Of course we’re talking affordable 2012 crossovers, and at this price point, handling and ride can be mutually exclusive.

However, if the tight ride doesn’t sway you from the Kia crossover, the Sportage’s standard equipment list will certainly do its part to keep you interested. The base model comes with alloy wheels, cruise control, air-conditioning, a tilt steering wheel, power windows, mirrors and door locks; a trip computer, Bluetooth, a four-speaker sound system with satellite radio, a CD player, an auxiliary audio jack and an iPod/USB audio interface.

A 176-horsepower, 2.4-liter inline four-cylinder engine that produces 168 ft.-lbs. of torque provides power for the 2012 Kia Sportage. A six-speed manual transmission is the sole offering for the base model.

Fuel economy is 21 miles per gallon in the city/ 29 on the highway and 25 MPG combined.

Given its tidy size and handsome styling, you’d expect the Hyundai Tucson to be a popular choice among the most affordable 2012 crossovers, and you’re right. Along with its many other virtues, the Hyundai crossover is also remarkably engaging to drive.

Sporting a facelift for 2012, which brings its look more in line with the Grand Cherokee, the Jeep Compass delivers a nice ride, reassuring handling, and is off road capable — which is something many of the affordable 2012 crossovers can not claim to be.

A 158-horsepower, 2.0-liter four-cylinder that produces 141 ft.-lbs of torque and a five-speed manual transmission comprise the standard powertrain on the Sport. A CVT is optional. Fuel economy is quoted at 23 in the city, 29 on the highway and 25 MPG combined for the manual transmission. The numbers are 23/27/24 with the CVT.

The Suzuki Grand Vitara, sized nicely for a family of four, delivers outstanding utility and a great feature set. As one of the most affordable crossovers, the Suzuki also offers the off road capability a lot of other vehicles here lack.

Standard features for the base model include automatic headlights, keyless entry, automatic climate control, power windows, mirrors and door locks; a height-adjustable driver’s seat, a tilt steering wheel, a trip computer, and a Garmin navigation system with voice commands, real-time traffic reporting and Google search. The entertainment kit is comprised of a four-speaker sound system with a CD player and an auxiliary audio input jack.

The Suzuki’s fuel economy is rated at an estimated 19 miles per gallon in the city, 26 on the highway and 22 combined.

One of the best picks in the affordable 2012 crossover category, the Subaru Forester can claim to be the first car-based crossover SUV. Back in the early years of the SUV boom, Subaru’s execs saw they had no SUV offering so they came up with a tall version of its Impreza station wagon—fitted with a larger engine.

A 2.5-liter horizontally opposed four-cylinder engine that makes 170 horsepower and 174 ft.-lbs. of torque powers the base model Forester 2.5X. All-wheel drive and a five-speed manual transmission are standard, a four-speed automatic is offered as an option.

If you’re looking for a personal sized compact crossover, the Nissan Rogue may well fill the bill. Its extroverted styling, nice interior treatment and enjoyable driving dynamics make it a strong consideration among the affordable 2012 crossovers.

The base model Rogue S standard features include a set of folding side mirrors, cruise control, a tilt steering wheel, air-conditioning, power windows, mirrors and door locks; a split-folding rear seat, a trip computer and a four-speaker sound system with a CD player and an auxiliary audio input jack for portable audio devices.

The EPA estimates 22 MPG in the city/28 MPG on the highway and 25 MPG combined.

Mazda is noted as a driver’s car company, so it comes as no surprise the company offers one of the most agile and fun to drive of the best affordable 2012 crossover SUVs on the market. At five years old, the 2012 CX-7 is getting a bit long in the tooth. But there is still plenty to love about the Mazda crossover.

The base powerplant is a 161 horsepower, 2.5-liter four-cylinder that produces 161 ft.-lbs. of torque. Front-wheel drive and a five-speed automatic complete the standard powertrain. Estimated fuel economy is 20/27/22. 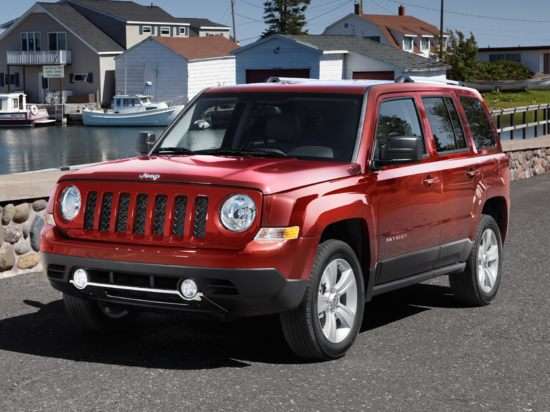