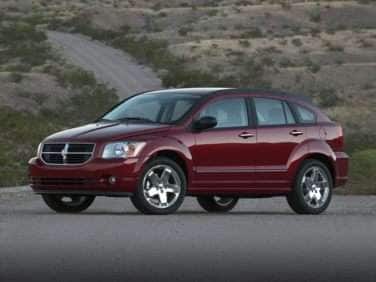 All About Dodge Caliber

The Dodge Caliber is a four-door, five-passenger entry-level hatchback. The Dodge Caliber is manufactured in Belvidere, Ill. alongside the Jeep Patriot and Jeep Compass. Main competition to the Caliber include the Mazda MAZDA3, Saturn Astra and Hyundai Accent. When the Neon was put out to pasture in 2005, Dodge decided to go in a different direction with its direct replacement. Instead of coming out with another small, four-door sedan, Dodge combined the high ride of a crossover with the muscular styling cues common to all other Dodge vehicles. The end result was the 2006 Caliber, which resembled a small five door wagon on steroids and gave Dodge’s entry-level vehicle a fresh face and attitude.

The 2008 Dodge Caliber is very similar to the version that preceded it. There are 6 different models and sub-models of the Caliber, ranging from the base SE to the fire-breathing SRT4 performance edition. There are also 4 different drive trains to choose from, making the Caliber a complicated vehicle when it comes to selecting options.

A 148 horsepower 1.8 liter, 4-cylinder engine comes as standard equipment in the SE, and a 158 horsepower, 2.0 4-cylinder is also available. The 1.8 is outfitted with a 5-speed manual transmission, but the 2.0 liter can only be had with a continuously variable automatic. The SXT and SXT Sport buyers also get the same engine choices. The Caliber R/T adds a few extra wrinkled to the power train lineup. Not only does it come equipped with a 178 horsepower, 2.4 liter 4-cylinder engine with variable-valve timing, but it is also available in all-wheel drive. The front-wheel drive version of the R/T uses the same manual or CVT transmissions as the SXT and SE, but when ordered with all-wheel drive, the CVT is given an additional Autostick paddle-shifting feature which uses 6 ‘virtual’ gears to give the driver additional control over the engine.

The SRT4 edition of the Caliber really turns up the performance. A turbocharger is applied to the 2.4 liter engine to churn out a whopping 285 horsepower, which runs to the front wheels through a 6-speed manual transmission. This blistering acceleration is tempered by larger brakes and a tighter suspension in order to provide more control for drivers.

The interior of the Caliber is best described as functional. While this is to be expected in an entry-level vehicle, the base model hatchback doesn’t even come with power windows. However, there are numerous options packages available across the entire lineup which facilitate a la carte upgrades of the Caliber to provide drivers with greater creature comforts and extra features such as air conditioning, satellite radio and nicer gauges and interior accents. Passenger room is adequate, and the high ceiling of the Caliber means that rear cargo space is excellent, approaching 48 cubic feet with the rear seats folded down.

Behind the wheel, the Caliber quickly reminds drivers that the vehicle is designed as basic transportation and not world-class performance. The manual transmissions abet themselves well, and the engines are generally smooth and capable, but the CVT gives the Caliber an underpowered feeling that doesn’t compare favorably with the other transmission choices. The suspension is adequate, and does a good job of controlling body lean – a valid concern in a tall vehicle like the Caliber.

The Dodge Caliber makes a solid choice for anyone looking for more aggressive styling than what is found in competitors from Mazda, Hyundai or Toyota. The hatchback is practical and fuel economy is quite good for its class, and in terms of performance, the SRT4 blows the doors off of any other economy hatch on the market.

The 2009 Dodge Caliber is a carryover from 2008. The 2009 Caliber is available in four trims, including the SE, SXT, R/T and the high-performance SRT4. The SE is the introductory trim, and along with the SXT, is equipped with a 1.8L I4 engine producing 148 HP. This engine manages 24 MPG city and 30 MPG highway. The next step up is the R/T trim, which is equipped with a 2.4L I4 producing 172 HP. The R/T model is rated at 23 MPG city and 29 MPG highway. The top-of-the-line Caliber is the SRT4, which features a turbo version of the 2.4L found in the R/T, and churns out a respectable 285 HP. Mileage for the SRT4 trim comes in at 19 MPG city and 27 MPG highway.

The hatchback style of the Dodge Caliber allows for plenty of hauling and storage. The rear seats fold down to make a flat floor to accommodate up to 48 cubic feet of cargo. The rear is also made of easy to clean plastic material.

The previous year model Dodge Caliber R/T was available with all wheel drive, but this option has been completely dropped for all 2009 models. Added for 2009 is a new hard-drive-based music and navigation system. The UConnect tunes system can be used to play and store digital music. It uses a USB port and a 30GB hard drive system.

New sound-deadening insulation has been added to help reduce road noise, which could be a problem on earlier models. Interior plastics are below-average in quality and fit-and-finish. Interior options are many, and can include leather seating surfaces, sunroof, heated front seats and more.