The 2016 Toyota RAV4 isn't out to change the world - just expand it a little to include a few more buyers who may have never previously considered parking this compact SUV in their driveway. The entry-level edition of the redesigned RAV4 undergoes a subtle evolution in terms of styling, features, and on-road personality, but the big news for the current model year the inclusion of an all-new hybrid model.

Why it took Toyota so long to export its successful - and efficient - hybrid drivetrain to one of its most popular people movers is puzzling, but the important thing its that it's here now. After having had the chance to drive both the standard Toyota RAV4 and the RAV4 Hybrid back-to-back, I came away surprised by just how effective the brand's green formula turned out to be, and how much that affected my perception of Toyota's dual-pronged SUV strategy.

It may not be particularly expressive from a design perspective, but that's entirely on purpose: the 2016 Toyota RAV4 doesn't stray too far from the straight-forward styling cues that have long dominated the SUV's lineage. It's a smart move on Toyota's part, as there was no need to spook repeat buyers with a dramatic makeover when the entry-level family segment has long prized conservative sheet metal over look-at-me flourish.

If you're keeping score, however, you'll want to note the new grille that sets off the Toyota RAV4's refreshed front fascia, which is perched over top of an equally tweaked bumper (and matched with an updated rear end). The real changes, however, have been made inside the sport utility vehicle, where an appreciable effort has been made to tone down the harder plastics that had been part and parcel of past RAV4 experiences. I especially liked the look of the light brown leather that can be had on the dash and door panels in higher trim levels of the Toyota, and to be honest there aren't many places you're likely to touch that haven't been given a suitable softening.

One thing that definitely hasn't changed about the 2016 Toyota RAV4 is just how generous its internal dimensions are in terms of accommodating all of your stuff. I should qualify that statement just a little - the new RAV4's nearly 71 cubic feet of total cargo room are actually a couple of cubes less than it presented the year before - but it's largely a wash because of how practical the storage area is. You won't have any trouble fitting over-sized items inside the Toyota suv, what with its tall ceiling and power liftgate offering easy access to the rear of the vehicle. As an added bonus, careful battery placement in the RAV4 Hybrid has ensured that there's no hit on hauling capacity for that model.

Passengers will rejoice, too, inside the Toyota RAV4 because unlike some of its rivals - the Nissan Rogue, for example - the automaker has decided against cramming a third row of accommodations inside its confines. This leads to excellent legroom for anyone seated behind the driver of the RAV4, and in general the cabin feels airy enough that I wouldn't regret being relegated to second row status for the duration of a road trip.

No Engine Upgrades for Gas-Only Model

No Engine Upgrades for Gas-Only Model

The 2016 Toyota RAV4 ignores the current trend of offering a turbocharged four-cylinder engine on the options sheet and instead sticks with the same motor that was available with the previous-generation model. This means 176 horsepower and 172 lb-ft of torque from a 2.5-liter four-cylinder design, matched with a standard six-speed automatic transmission. Fuel mileage for the SUV is listed at 24 mpg city and 31 mpg highway.

Acceleration from the RAV4 is predictably tame, although far from lackluster. You'll have no issue merging onto the highway from behind the wheel of the Toyota unless you're hauling a full load of passengers plus their luggage, in which case the small four-banger may display a hint of sluggishness. If you're looking for grunt at the same level as the Ford Escape's EcoBoost option (240 horsepower) you won't find it here, and it's worth nothing that vehicles like the Hyundai Tucson now offer more frugal, smaller-displacement drivetrains that happen to provide better torque thanks to their turbocharged designs. The RAV4's output is perfectly acceptable for daily driving, but Toyota is running the risk of being left behind, technologically, as it clings to its 2.5-liter setup.

The 2016 Toyota RAV4 Hybrid, on the other hand, leaps to the front of the compact SUV class with its gasoline/electric details. Pairing a 2.5-liter, four-cylinder mill with an electric motor for the front axle and another for the rear, the RAV4 Hybrid introduces the brand's celebrated battery-assisted drivetrain tech to a whole new audience. The Hybrid is a slam-dunk - think Prius for families who simply couldn't stuff their entire lives into a small hatchback - but even better than its pedigree is the fact that it drives that much better than the gas-only model.

With 194 horsepower available, the Toyota RAV4 Hybrid more than makes up for the weight of its extra mechanical bits, and it feels much more lively when dipping into the throttle thanks to the instant torque generated by its electric motors. Fuel efficiency climbs, too, with 34 mpg available around town and 31 mpg showing on the highway. I was surprised by how much smoother the power delivery of the RAV4 Hybrid felt compared to the more frenetic base model, especially when tackling steep inclines or trying to dart into a hole in traffic. There's a price to pay for the Hybrid's more debonair character, of course: with an MSRP of $28,370 for the RAV4 XLE Hybrid, you're looking at roughly $2,000 more than a comparably-equipped gas-only edition of the SUV, and $4,000 over the entry-level RAV4.

The Hybrid isn't the only addition to the 2016 Toyota RAV4 lineup. Joining its electric sibling is the new SE trim level, or Sport Edition. Toyota has a history of attempting to add a bit of flair to its bread and butter models - witness the existence of both the Sienna SE minivan and the Camry SE sedan - and so I approached this version of the RAV4 with an open mind. Still, it's hard to understand who exactly is looking for a slightly more responsive version of Toyota's affordable people mover.

In addition to beefing up the SUV's exterior styling cues (a necessity when communicating to other drivers that your RAV4 is not to be trifled with), the SE model also gains paddle shifters for its six-speed automatic gearbox and a suspension system that Toyota has tuned to offer a more responsive driving experience. It's not nearly enough to transform the sport-utility's pleasant ride into anything that could be considered thrilling, or even engaging, and it's hard to understand why Toyota thought its customers were seeking anything other than a reliable and useful vehicle when shopping for a RAV4. Still, at the very least the SE model doesn't chop the RAV4's ride into a bone-jarring mess, which is perhaps the best we could have hoped from a 'sport' model that makes no improvements to the Toyota's power output.

All-wheel drive is optional with the standard RAV4 and included free of charge with every Hybrid model, but each respective system has some key differences. Toyota has elected to democratize the gas-powered RAV4's torque vectoring feature for 2016, which means that all AWD versions of the SUV can now send engine output primarily to the rear wheels while cornering in an effort to smooth out steering and improve handling. Previous versions of the RAV4 could do the same thing - take the load off the front wheels and improve grip when driven aggressively - but you had to be in Sport mode to benefit from it. I didn’t notice any real benefit from the system, even on rain-slicked secondary roads, but then again I wasn't slaloming the SUV from side to side, either. You still get the same 50/50 split available for situations where you have to deal with deep snow, mud, or otherwise slippery roads thanks to a driver-selectable mode that can be accessed by a button on the dash.

The 2016 Toyota RAV4 Hybrid goes about its AWD setup a little differently. Rather than direct torque front to rear when wheel spin is detected, the vehicle instead activates an electric motor at the back of the vehicle that spins up the closest axle. It's a way for the RAV4 Hybrid to deliver all-wheel drive traction without sacrificing efficiency, and while it might not be suited for off-road conditions, well, neither is the entry-level version of the SUV.

Toyota's been a little slower than most other automakers in terms of deploying advanced safety features across its entire line-up. The 2016 Toyota RAV4 is no exception: while the Hybrid model might stand head-and-shoulders above its rivals in terms of fuel-sipping frugality, even it must bow to entries from Ford, Nissan, and Hyundai when it comes to advanced passenger protection gear. I was surprised to discover that Toyota hadn’t ret-conned anything other than a blind spot monitoring system into the RAV4's carry-over platform. Want a forward collision warning system with automatic braking, or a lane departure warning system? You're going to have to turn to the competition. It's an unusual oversight from Toyota, especially given how loudly competitors trumpet this kind of equipment to families eager to keep their brood safe and sound.

No Longer First Among Equals, but Still a Solid Choice

No Longer First Among Equals, but Still a Solid Choice

Small SUVs are a cutthroat business for major automakers, and while the 2016 Toyota RAV4 may have lost a step when it comes to power, technology, and safety features, it's still an excellent choice for anyone who's outgrown what a traditional sedan has to offer in terms of practicality. The RAV4 is big on the inside while remaining relatively small and manageable on the outside - a boon in urban traffic - and the presence of the Hybrid model ensures an eco-friendly option that also happens to perform well at the pump in real-world driving.

The SE model is a bit of a disappointment, natch, but the RAV4's modest design and affordable pricing attracts a buyer that was never really interested in a sporty ride from their Toyota steed. Although no longer dominant in its segment, alongside the Honda CR-V, the Ford Escape, and the Hyundai Tucson/Kia Sportage, the Toyota RAV4 continues to present a good mix of nice-to-have and need-to-have features for modern drivers.

Cons:
•    Entry-level model is a bit slow
•    SE edition no more fun to drive than any other RAV4
•    Hybrid can get pricy in top trim level
•    Lack of advanced safety technology 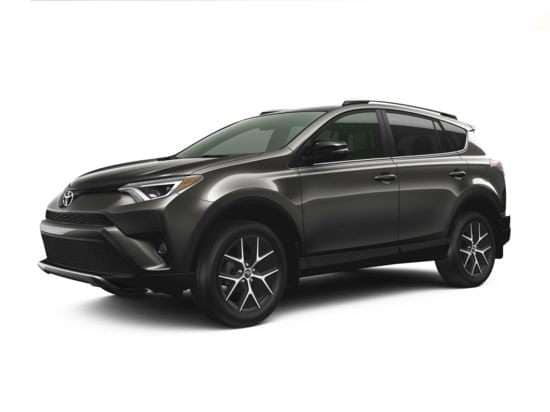 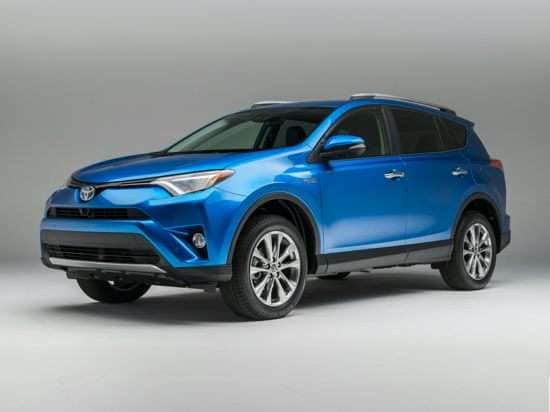