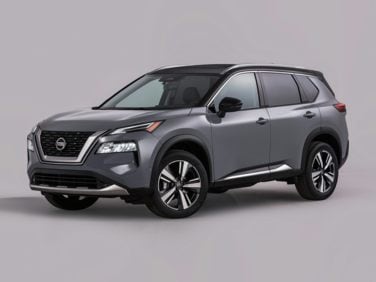 All About Nissan Rogue

The Nissan Rogue is a crossover SUV that debuted for the 2008 model year. The vehicle is Nissan's first car-based SUV available for purchase in the United States. The car is also known as the Nissan Qashqai in Europe and the Nissan Dualis in Japan and Australia. In North America, the Rogue competes directly with other compact SUVs, including the Mazda Tribute, Honda Element and Subaru Forester.

The Nissan Rogue's bold exterior styling is reminiscent of the popular Nissan Murano. Sloping lines and rounded edges can found throughout the body design. The crossover is based on the same Nissan C Platform that is found on the Nissan Sentra. Overall dimensions include a length of 105.9 inches, width of 70.9 inches and height of 65.3 inches.

Inside, the 4-door crossover seats up to five passengers. Quality materials, which include padded surfaces and wood-grain accents, are intended to give the cabin an upscale appearance. Large, clear gauges dominate the dashboard. From the rear seat, the Rogue provides above-average roominess for the vehicle class. Rear headroom and legroom are 38.3 inches and 35.3 inches, respectively. However, a maximum cargo volume of 57.9 cubic feet doesn't quite match the storage space found in more boxy competitors.

The Nissan Rogue delivers solid performance for a compact crossover, thanks in large part to a 2.5-liter DOHC 4-cylinder engine. Mated with a continuously variable transmission, the Rogue musters 170 horsepower and 175 lb-ft. of torque. This setup results in a 0-to-60 mph performance of approximately 8.2 seconds. Fuel economy for the vehicle is respectable, with an EPA-estimated efficiency of 22 mpg in the city and 27 mpg on the highway. All-wheel drive models drop both of these figures by one mile per gallon.

All Nissan Rogue models come standard with dual front airbags, front side airbags, side curtain airbags with rollover deployment, antilock brakes, brake assist and an antiskid system. In government crash test, the Rogue performed well, with NHTSA scores that include a perfect 5-star rating in the categories of driver front impact, driver side impact and rear passenger side impact. For all other categories, the crossover was awarded four stars.

The 2009 Nissan Rogue had a major redesign for the 2008 model year, so it has very few changes in 2009. There are a few small, cosmetic details that have changed, including new door locks that work automatically with a speed sensor.

For the Rogue SL trim level, there are several cosmetic changes in 2009. There is now an outside temperature display in the SL as well as a drive computer. There are also new center console trays with dual levels, a pocket behind the driver’s seat, a front passenger seat that folds flat, illumination of the dual visors of the vanity mirror and there are now two side cargo hooks for luggage. For SL FWD trim levels, there is a new leather package available as an option. These vehicles also have a new option for a Nissan Intelligent Key and a Bluetooth system added to the FWD Premium Package.

The 2009 Nissan Rogue has two trim levels available. Both have a choice of either all-wheel drive or front-wheel drive. The base Rogue is the S trim. It comes with cruise control, air-conditioning, 16-inch steel wheels, a tilt steering wheel, power accessories, four speakers, keyless entry, an auxiliary jack and a CD player standard. The S trim level does not have any options available. The SL trim level has all of the S trim features and a few upgrades. It comes with 17-inch alloy wheels, tinted windows, a trip computer and roof rails. There are several options packages available with the SL trim, including the Premium Package and the Leather Package.

All of the engines in the 2009 Rogue are 2.5 liter engines with four cylinders and have a continuously variable transmission system. They have 170 horsepower and produce 175 pounds of torque. It can go from zero to 60 miles per hour in 9.2 seconds.