Starving, I park the 2018 Honda Civic outside Costco and climb in line for my $1.50 hot dog and Coke combo. I had the Chicken Bake yesterday. It’s lunch alfresco, as I gaze out over the parking lot and dream of the 62-ounce jug of mayonnaise I’ve always wanted.

I’m not the only one that has driven a Honda Civic to the Manor of the Markdown. The parking lot is full of them. This is not a revelation. The Civic has been one of America’s best-selling cars for decades, and the sporty, roomy and reliable compact remains one of Honda’s most popular models. Now in its 10th generation, it’s also one of our favorites in the extremely competitive compact segment. Assembled in Indiana, the 2018 Civic competes successfully against a long list of high-quality, high-value sedans, coupes, and hatchbacks including the Toyota Corolla, Mazda3, Volkswagen Jetta, Kia Forte, Hyundai Elantra, Ford Focus, and Chevrolet Cruze.

Honda offers the new Civic in three body styles: a four-door sedan, a two-door coupe, and a five-door hatchback. There’s also a long list of trim levels and several powertrains available. Prices start at $19,885, including an $895 destination fee, for the LX sedan with a 2.0-liter four-cylinder engine and a six-speed manual transmission. The sedan also offers EX, EX-T, EX-L, and Touring models, and most come standard with a continuously variable automatic transmission (CVT). Coupe prices are similar to the sedans, while the hatchbacks cost about $1,000 more.

Our Civic Touring sedan test vehicle cost $27,695 and was powered by a turbocharged 1.5-liter four-cylinder with 174 horsepower. This same engine is used in some other Honda models, including the Accord and CR-V. Every Civic is front-wheel drive. If you’re looking for all-wheel drive in this class, check out the Subaru Impreza. No hybrid model is available, but the new 2019 Insight is basically a hybrid version of the Civic sedan. It has 151 hp and ratings of 55 mpg in the city and 49 mpg on the highway.

Even without a hybrid, fuel efficiency has always been a big part of the Civic’s appeal, and the 2018 Civic remains extremely proficient at stretching a gallon of gasoline. With the 158-hp 2.0-liter engine and the six-speed manual transmission, the Civic is rated at 28 mpg in the city and 40 mpg on the highway. Add the CVT automatic and the city number climbs to 31 mpg.

Incredibly, models with the more powerful turbocharged engine and the CVT get even better mileage, with ratings of 32 mpg city and 42 mpg highway. This makes the Civic one of the most fuel-efficient cars in this class. During our week with the Civic, driving it in and around Los Angeles, we averaged 36 mpg, right on the sedan’s EPA combined rating.

Performance has also been a large part of the Civic playbook. Civics have always been fun-to-drive, and Honda basically created the tuner era with the original Civic Si in 1986. Three decades later, Honda continues to offer two high-performance versions of the Civic, the Si and Type R.

The 2018 Civic Si is available as a coupe or a sedan. Prices for each start at $24,995. Under the hood is a turbocharged 2.0-liter four-cylinder making 205 hp. A limited slip differential is standard, along with a six-speed manual transmission, larger disc brakes, and 18-inch wheels. The Civic Si competes with the Subaru WRX, Ford Focus ST, and Volkswagen Golf GTI, and it can hit 60 mph in about 6.7 seconds. The Civic Type R, meanwhile, is a whole other beast. This hatchback is also turbocharged and offered only with a six-speed manual. Easily identified by its massive rear spoiler, it packs 306 hp and ranks among the best-performing front-wheel drive cars of all time, with incredible handling, 0-60 mph runs of about 4.9 seconds, and a top speed of 170 mph. Type R prices start around $35,500.

Yes, the Civic Si and Type R are fast and fun, but buyers looking for performance will find it in every Civic. Speed was not a problem for our turbocharged test vehicle. The 1.5-liter engine is small, but it's torquey and smooth with plenty of upper-rpm horsepower. Honda’s CVT is among the best in the world, and it’s perfectly matched to the Civic’s engine, providing serious acceleration. Mash the gas and our Civic Touring sedan was plenty quick.

Its handling is also among the class leaders. The Civic uses a more sophisticated rear suspension design than some of its rivals, and our test vehicle, which wore large 17-inch tires, had high levels of grip and was fun to toss around. I was also impressed by the Honda’s precise steering and brakes. There are only a few compacts you would drive on a twisty mounted road just for the fun of it, and the Civic is one of them. The ride is also compliant, and the interior remains quiet at highway speeds. This is a car you could drive cross-country comfortably. It feels solid, and visibility is excellent.

With a unique combination of athletic curves, an aggressively sloped nose, and a fastback roofline, the Civic is stylish and attractive, with a youthful appearance that makes some competitors look dated. Inside you’ll find high-quality materials and build quality. The design is modern, and control placement is nearly perfect. Everything is within easy reach, and the push-button parking brake is right where it should be, beside the shifter. Seat comfort also gets high marks, and our test car's seat heaters offered three levels of warmth. Thanks to the height-adjustable seat and tilt and telescopic steering wheel there’s a perfect driving position for everyone, even shorter drivers. The gauge cluster isn’t exactly simple, but the large digital speedometer is there at a glance.

Honda didn’t get it all right, however. There still isn’t a volume knob for the radio, although there will be one on the 2019 model. A knob to change the radio station would be nice, too. Also, the hard plastic on the side of the console can rub the driver’s right knee uncomfortably, especially if you’re wearing shorts.

Bluetooth is standard across the board, and our Civic’s touchscreen was well-sized and well-placed, although some of its audio and navigation graphics seem dated. The Civic’s 10-speaker audio system is one of the best in the class, and the car offers Apple CarPlay and Android Auto integration as well as HD radio.

Storage inside the Civic’s interior is also very generous. The center console bin is large, there are two sizable cubbies below the dash, and the two front seat cupholders are well-placed so tall drinks don’t interfere with the shifter or any of the switchgear.

The Civic sedan’s trunk space is also among the class leaders. At 15 cubic feet, it even rivals the trunk capacity of many larger mid-size sedans. If more is needed, every Civic comes with a standard with a 60/40 split-folding rear seat, which easily drops to expand the space. The Civic hatchback offers even more acreage: 26 cubic feet with its rear seat up and 46 cubic feet with it folded. It’ll easily swallow a mountain bike.

Due to its long wheelbase, the Civic can almost pass for a mid-size car. This gives the Civic is one of the largest interiors in its class, with seating for five and plenty of rear head and legroom. Our test car also had heated rear seats, which made my daughters happy, but there’s no onboard Wi-Fi, which did not. Younger families will appreciate the Civic’s easy-to-reach LATCH connectors in the outboard seats and easily accessed upper tether anchors.

In crash testing, the Civic scores well. However, it is not rated a Top Safety Pick by the Insurance Institute for Highway Safety due to its headlamps. It has earned a five-star overall crash test rating from the National Highway Traffic Safety Administration, but some other cars in the class have even better scores. And better warranties. The Civic’s three-year/36,000 mile bumper-to-bumper warranty and five-year/60,000-mile powertrain warranty is competitive in the class. However, the Hyundai Elantra, Kia Forte, and others come with a five-year/60,000-mile bumper-to-bumper warranty and a 10-year/100,000-mile powertrain coverage.

Comfortable, stylish, and fun-to-drive, the 2018 Honda Civic remains a leader in the very competitive compact sedan class. It offers a spacious interior, a large trunk, and a long list of features in an affordable package. Overall, it’s a winning combination that keeps the Civic near the top of the sales charts year after year. If you’re looking for a family-friendly and fuel-efficient compact, the 2018 Civic is a very desirable choice. 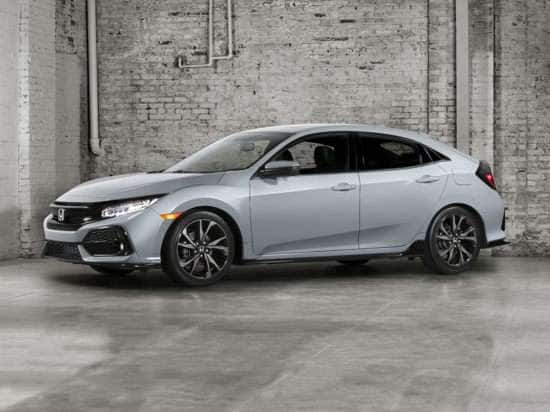