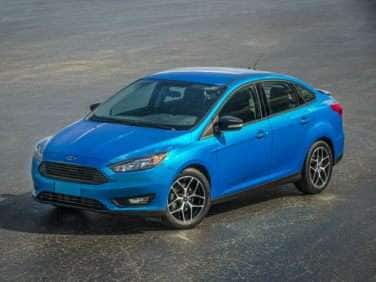 All About Ford Focus

The Ford Focus is a four-door, five-passenger compact sedan, and a two-door, five-passenger compact coupe. The Ford Focus has been on sale as the company’s primary compact car offering since 1999. The Focus has carved out a niche as one of the best selling domestic cars in North America, and is the smallest vehicle currently sold by the company. The Focus is also sold in Europe, but for that market the name is given to a completely different platform.

While the Focus suffered negative attention due to a large number of safety recalls and reliability issues early on in its production, both critics and car-buyers alike responded well to the vehicle from day one. The car was frequently cited by automotive journalists as fun to drive, and a refreshing break from the mold when it came to small cars for the U.S. market. Initially, the vehicle was available in a wide range of configurations – a hatchback, a sedan, and even a wagon. A high-performance SVT edition of the Focus was also briefly available in 2001 and 2002. However, when the second generation of the Focus was introduced for the 2008 model year, the lineup was pared down to just the 4-door sedan and a new 2-door coupe.

The latest generation is visually quite distinct from the model that came before it. Gone are the eggshell curves of the hatchback and in its place can be found the upright, aggressively angled Ford Focus S coupe. Ridges on the hood rise up from a larger chrome grille, which is in turn framed by sharp-looking headlights that mold up into the vehicle’s front fenders. The side of the new Focus is relatively plain, and the front and rear bumpers are chunky and body colored. The sedan is almost identical to the coupe, with the addition of rear doors. Inside the car, major differences include the new Ford SYNC entertainment system, which offers MP3 capability and integration with a variety of cell phones and devices through Bluetooth wireless technology. Ford has also decided to add a dash top message center, as well as ‘mood lighting’ in the form of LEDs with various color options.

Only one engine is available in either the sedan or the coupe – a 2.0 liter 4 cylinder that makes 140 horsepower and 136 lb-ft of torque. The base model Focus is equipped with a 5 speed manual transmission which makes the most of the available power, although a 4 speed automatic is optional at all trim levels. Despite its larger engine, the Focus gets similar fuel mileage to much smaller vehicles, with the manual transmission bringing in 35 miles per gallon in highway driving. Both the coupe and the sedan can be had in 3 different versions, with the SES representing the upper limit. This trim package gives buyers larger wheels, a rear spoiler, and a number of interior upgrades at an additional cost of around $2000 over the base model’s $14,755 sticker price.

The Focus continues to be a popular choice amongst compact car buyers who are interested in something with a little more standard equipment than some of the other sedans available.

The 2009 Ford Focus is a carryover from 2008. The 2009 Focus is available in two different body styles, a coupe and a sedan. The coupe is available in two trim levels. Both the SE and the SES come standard with a 2.0 liter 4-cylinder engine that produces 140 horsepower and 132 lb-ft of torque. A slightly less powerful PZEV edition of this motor is sold in some states. A 5-speed manual transmission is standard equipment, while a 4-speed automatic is available as an option. When equipped with the manual transmission, fuel economy for this engine is rated at 24 miles per gallon in the city and 35 miles per gallon on the highway. The sedan uses the same drivetrain as the coupe, but offers 2 additional trims: the entry-level S and the more upscale SEL.