The 2016 Toyota Highlander Hybrid is a carryover model, carrying the same level of equipment and features that adorned the 2014 and 2015 versions. Since Toyota gave Highlander such a complete makeover for 2014, we were not disappointed.

The Toyota Highlander has undergone an interesting transformation over its three generations. The first-gen vehicle (2001–2007) was kind of cute with its truck-like attributes and small dimensions. The second generation (2008–2013) swung in the other direction, adding muscle and some flab to the crossover. The current (third) generation Highlander has thrown off the youthful extremes, and now wears a mature, tailored look. The muscularity has been toned down, and some sharp lines trim the flab. The big daylight opening helps give the impression of a roof that floats above the cabin, supported by angled columns front and rear. Overall, it’s a very striking, sophisticated look. Exterior fit and finish are great, with precise panel fit and thick, lustrous paint. The noticeable difference on the exterior is this: The Platinum model comes with a standard panoramic moonroof that really opens up the feeling of space in the interior. The moonroof is available as part of a Platinum Package of options on the Limited.

The list of standard interior features on the Toyota Highlander Hybrid models approaches luxury levels. Both trim levels get perforated leather power front seats that are vented and heated, second-row captain’s chairs with a side table and a SofTex-trimmed 60/40 split fold-flat third-row seat for a total seating capacity of seven. A proximity key with pushbutton start and power liftgate control is standard, along with second-row retractable window sunshades. Platinum models come with rain-sensing windshield wipers and heated second-row captain’s chairs, features that are optional on Limited.

The Highlander interior is roomy and comfortable in every seating position. Thanks to the captain’s chair arrangement in the second row, even the third row is acceptable for adults. Three fullsize passengers in the third row is a bit of a squeeze in the hips (the seat is 45.6 inches wide), but it works for short trips.

Toyota has all bases covered with its standard Entune Premium JBL Audio with Navigation and App Suite. Designed to pair with a smart phone for data, Entune requires users to download, install, and register an app on their phones. When the phone is paired with the head unit via Bluetooth, the apps Pandora, iHeartRadio, Slacker Radio, OpenTable, MovieTickets.com, Facebook Places, and Yelp can be accessed via the 8-inch color touchscreen display in the center stack. Entune apps for sports news, destination search, fuel guide, and stock ticker supplement the third-party products. Voice recognition and Siri Eyes Free are also integrated. Apple iPhone users will appreciate the iPhone-centric approach, as Siri Eyes Free is much better at voice recognition than the Toyota’s Advanced Voice Recognition. In some ways, Entune is better than Apple CarPlay—most significantly, it operates via Bluetooth, rather than requiring a wired USB connection. The learning curve on the Entune system is not very steep, and having all that functionality available is a boon.

Another feature that parents and carpoolers will appreciate is standard Driver Easy Speak, a driver voice-amplification system that picks up the driver’s voice and sends it through the vehicle’s sound system. No more yelling “I’ll turn this car around if you don’t stop fighting!” Now, drivers can deliver rebukes to unruly passengers in a calm, sound-system-supported voice. A Rear-Seat Entertainment System ($3210) also helps keep the crowd in line.

The Insurance Institute for Highway Safety (IIHS) rates Highlander “Good” across the board (its highest rating), and SaferCar.gov gives it a 5-star rating.

The Toyota Highlander Hybrid comes with a Hybrid Synergy Drive system that is rated to produce 280 horsepower from its 3.5-liter V6 gasoline engine combined with three electric drive motors (one for the front wheels, one for the rear wheels, and one for the generator, engine starter and transmission ratio control). The sealed nickel metal hydride (Ni-MH) batteries are stored under the load floor, and get recharged via the gasoline engine and braking regeneration. A continuously variable automatic transmission (CVT) and electronic all-wheel-drive system distribute the power where needed. The EPA estimates that Highlander Hybrid will achieve 27 MPG city/28 MPG highway/28 MPG combined, which is pretty impressive for a vehicle that can carry seven passengers and weighs 4861 lb. With its 17.2-gallon fuel tank, the Highlander Hybrid has a maximum range of 481 miles, which is great for road trips.

The Highlander’s tall seating position gives a good view of the road across the big hood. Entry and exit are comfortable, with wide door openings and a reasonable hip height. The combined action of the gas engine with electric motors provides a surprising rush of acceleration off the line. The Highlander’s size and weight only come into play during hard cornering. For the most part, body roll is at a minimum. Cruising at speed is very serene and quiet, with very little wind and road noise intruding into the cabin.

As Toyota's midsize hybrid SUV, the Highlander seats seven and has ample cargo space. With second and third rows folded flat, this crossover can carry 83 cubic feet worth of stuff with a payload up to 1305 lb. There's 42 cubic feet of storage available behind the second row, and 13.8 behind the third row. If that’s not sufficient, you can tow up to 3500 lb. behind your Highlander Hybrid, too.

Apparently, Toyota believes that buyers who choose a hybrid version of the Highlander are not making the choice to save money. The hybrid engine gets bundled with nearly every available feature on Highlander, pushing prices well above the top-of-the-line gasoline versions. It will take many years and thousands of miles for the greater fuel economy of the hybrid to recoup the initial purchase price difference. But hybrid buyers get the pride of ownership that comes with driving a more environmentally friendly vehicle, and bragging rights when they can pass the pump more frequently than their gas-hog friends and neighbors.

The competition in the midsize crossover field is formidable, but it's a little thin in the seven-passenger hybrid segment. The Infiniti QX60 Hybrid and Nissan Pathfinder Hybrid are the closest competitors in Highlander Hybrid’s price range, and both are worth a drive.

Toyota's Highlander Hybrid has a lot going for it: great looks, impressive fuel economy and performance, and near-luxury appointments. The Limited, at $47,870, and the Limited Platinum, at $50,485, can put a strain on the family budget, but for those who can afford it, the Highlander Hybrid makes a great minivan alternative and a solid entry in the seven-passenger crossover field. 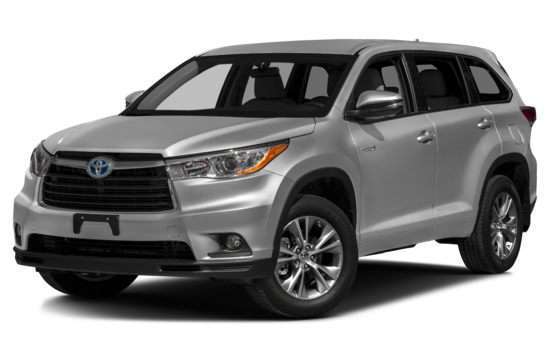