Celica to be Discontinued in 2005

The Celica, the sporty two-door that served as Toyota’s “youth” vehicle for more than 30 years, will be discontinued after the 2005 model year. Introduced in 1971, the Celica was influential in establishing the sporty subcompact segment. During its time, it was named Motor Trend's "Import Car of the Year," one of Car and Driver's "Ten Best Cars," and the "Most Reliable Sporty Car" by Consumer Reports. Considered an edgy and youth-oriented vehicle when it debuted, the Celica largely stayed true to its purpose of being designed for consumers who wanted something “younger” than regular transportation – drivers who wanted a little flair in the look of a car and a little spirit attached to the accelerator.The two-seat MR2 is also scheduled to be discontinued at the end of the 2005 model year. According to Don Esmond, senior vice president and general manager of the Toyota Division, the past few years had been very challenging for both Celica and MR2 in a segment where Toyota continued to add other, more exciting and youthful products to the lineup, such as the Matrix and Corolla XRS, Solara sports coupe and recently the Scion xA, xB and tC. Sales for the Celica reflected its declining fortunes, slumping almost 50 percent compared to last year. Year to date, the Celica had dropped more than 33 percent off its 2003 pace.

It wasn’t always that way. The original Celica was equipped with a carbureted four-cylinder engine, and was available only in ST form and as a two-door sport-coupe. Built to compete with Ford’s Mustang, it was an image car rather than a high-volume car – though it sold well throughout its life.In 1976, the Celica line was enlarged with the addition of the liftback model, available only in GT trim. The GT package included the larger engine, offered sportier handling, higher-grade trim, etc. The liftback model was marketed as a sport-touring type vehicle, offering greater comfort and luggage capacity than the notch-back models.

The most recent Celica, which was introduced in 2000, was styled at Calty Design Research, Inc., in Newport Beach, Calif. The cab-forward design features a high-fashion look with Indy-car design elements. Sharp-edged panels, dramatic plunging curves, a tall tail and a radically lowered front fascia were stark contrasts compared to past models. The new Celica was shorter in length, but longer in wheelbase with greatly reduced front- and rear-overhangs. The Celica GT-S is powered by an all-new 1.8 liter, four-cylinder DOHC all-aluminum engine that generates 180 horsepower at 7,600 rpm and 133 lbs./ft. of torque at 6,800 rpm. The GT model’s 1.8-liter, four cylinder comes equipped with VVT-i and produces 140 horsepower at 6,400 rpm and 125 lbs./ft. of torque at 4,200 rpm. The GT-S model comes with either a six-speed manual transmission or four-speed automatic with sport-shift. The GT version is available in five-speed manual or four-speed automatic transmissions.

Do you think they’ll ever bring the Celica back? Unlikely, but you never know. The Scion tC could easily wear the Celica badge, but with Scion such a popular brand among young driver, why would they? What about the MR2? Also unlikely. With roadster sales down, there seems to be no real reason to have a two-seat roady in the lineup, and the type of car would seem to fit better as a Lexus.

Will anyone miss the Celica? Sure. But after thirty years, the vehicle had more than served its purpose. It’s more likely that Toyota will bring back the Supra.

What does Celica mean? The name is derived from the Spanish word for "heavenly" or "celestial".The original Celica was equipped with a carbureted four-cylinder engine, and was available only in ST form and as a two-door sport-coupe. The most recent Celica is powered by an all-new 1.8 liter, four-cylinder DOHC all-aluminum engine. 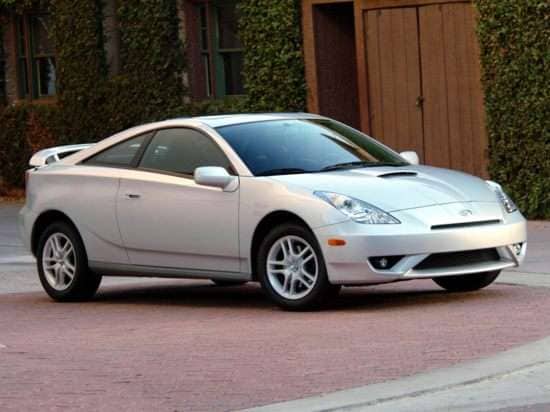