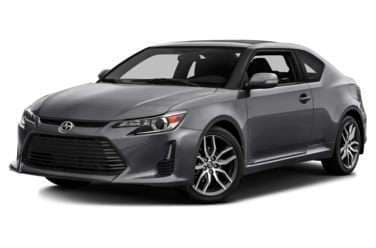 All About Scion tC

The Scion tC is a two-door, five passenger coupe. The tC is one of three vehicles in the Scion line-up. The others being the Scion xB wagon and the Scion xD wagon. When Toyota unveiled its new Scion lineup in 2003, it was designed to attract younger buyers. And the first two models – the xA and tC - did just that, collecting praise from both Gen Y-ers and automotive critics.

But when the Scion tC hit dealerships in 2005, those younger carbuyers had a more traditional choice from the Scion lineup. That didn’t stop the Baby Boomers’ children from rushing to Scion dealerships to snatch up this sporty coupe, which was decidedly different from Scion’s funky xA and tC models. The tC, a low and sleek two-door coupe, was designed as a hatchback, but it also had most of the cool offerings found in the rest of the Scion models.

Today, the tC is best-selling Scion, and it rolls into 2009 with just a minor change from this year’s model – updated seat fabric. Powered by a 2.4-liter DOHC four-cylinder engine that generates a respectable 161 horsepower and 162 foot-pounds of torque, the front-wheel drive tC is available with either a four-speed automatic transmission or a five-speed manual.

Combine that with aggressive 17-inch tires, a long wheelbase and wide stance, and you’ve got a fun-to-drive sporty coupe that is quick and provides a steering configuration that’s almost as good as more expensive competitors. But it’s a little on the heavy side, and the top-shelf transmission and engine borrowed from the Camry can’t overcome that obstacle. What it lacks in handling, however, the tC makes up for in quickness and good looks.

With gas prices at the forefront, the tC equipped with a manual transmission gets 20 mpg in the city and 27 mpg on the highway. The automatic-equipped tC rates slightly higher at 21/29 mpg.

Inside, the tC offers easy-to-read and easily accessible dials and buttons. The waterfall center console design accentuates an overall interior blueprint that is both modern and appealing to a wide range of car owners. The back seats fold down flat, opening up a cargo space of 8.5 feet.

The Spec Package no longer available, but the 2009 tC still offers plenty of standard features, including power windows, locks and mirrors; anti-lock brakes; and an iPod-compatible 160-watt Pioneer stereo, with a CD player and customizable welcome screen. Other standard features include a panorama power glass moonroof, electronic brakeforce distribution, front/side airbags and a side air curtain for both front and back seat passengers.

Considering what you get for this price, that’s almost a bargain-basement sale. Then, take into account that this is a Toyota, with it heritage, quality and dependability, and the tC looks like a pretty good choice for those looking for an affordable and reliable sporty coupe that isn’t going to hurt your wallet – either at the dealership or the gas pump after you buy it.

The 2009 Scion tC is essentially the same in 2009 as in 2008. There is one minor change in the new model year, and that’s a new fabric type for the seats. Everything else, including the price, has remained the same in 2009. In 2009, there is only one trim level. The tC Spec trim level has been eliminated from the lineup.

The single trim level left is a two-door vehicle with a hatchback and 17-inch wheels standard. Also standard on all tC models is a dual-pane sunroof, split-folding seats in the rear, cruise control, rear seats that recline, air conditioning, keyless entry, power accessories on the windows and doors, easy-open power windows with a one-touch open and close, an iPod interface and a Pioneer stereo system with CD player.

There are so many standard features on the tC that there are no upgrade options available from the factory, but there are a few upgrades that are available from dealers. Buyers can choose the provider of their satellite radio and can choose upgraded stereo parts and a navigation system with a touch screen from their dealer.

The 2009 Scion tC comes equipped with a 2.4 liter engine with four cylinders and 161 horsepower. It makes 163 pounds of torque. There are two choices for the transmissions system. There is a five-speed manual transmission standard and a four-speed automatic transmission is available as an option. Dealers can install a supercharger that gives the vehicle a horsepower boost from 162 to 200 and from 163 pounds of torque to 184. Without the supercharger, the tC will accelerate from zero to 60 mph in about 8.5 seconds. With the supercharger, this acceleration time is lowered to 7.2 seconds. The standard engine gets 21 mpg in the city and 29 on the highway with a combined rating of 24 mpg.