The Chrysler Corporation, having brought the Dodge Caravan and Plymouth Voyager to market in 1983, is often credited with inventing the minivan. However, the concept actually goes all the way back to 1936’s Stout Scarab — produced in small numbers by Stout Engineering Laboratories and later by the Stout Motor Car Company of Detroit.

In fact, one of today’s most “innovative” minivan features, a removable table and second row seats that turn 180 degrees to face the rear, currently known as Chrysler’s “Swivel ‘n Go” seating, was first offered in the 1936 Scarab.

In 1950, Volkswagen fitted a bus-shaped body to the Beetle’s chassis to create the Volkswagen Type 2. As its nomenclature suggests, this was the second vehicle variant offered by Volkswagen. The Type 2 ultimately became known as the “VW Bus” in popular American culture. (They were also known as “Hippie Wagons” because of their association with the counterculture movements of the 1960’s). The Type 2 eventually became known as the “Vanagon” in the U.S., and today is called the Volkswagen Routan, which ironically, is a badge engineered Dodge Caravan, which brings us full circle.

The Dodge Caravan first went on sale in the U.S. in 1983, as a 1984 model. In 1987, it was joined by a longer wheelbase version known as the Grand Caravan. In 2007, the basic Caravan was discontinued and the Grand Caravan continued as the Dodge minivan offering. There were five generations of the Dodge Caravan offered over the course of its model run. This buyer’s guide retrospective will pick up with the third generation of the vehicle — introduced in 1996.

Having re-established the minivan breed so to speak, the Chrysler Corporation’s minivans were the leaders in the field throughout the 1980’s and well into the 1990’s. However, by the mid-1990’s the larger mainstream import brands Honda, Nissan and Toyota were starting to get the hang of the minivan thing. Toward the middle of the decade, Odyssey, Quest and Previa were getting good enough to mount some rather significant competition to Chrysler’s “invention”.

In an effort to stay ahead of the pack, the Caravan was completely redesigned for the 1996 model year. The all-new 1996 Dodge Caravan was introduced at the 1995 North American International Auto Show (also known as the Detroit Auto Show). The first generation of Chrysler’s minivans to be designed from the ground up as minivans (previous versions were based on the Chrysler K-Car platform), the 1996 Caravan offered a number of innovations.

While minivans were very efficiently packaged, they faced a tradeoff in the area of cargo vs. people hauling ability. To maximize accommodations for people, a third row seat was a necessity. However, fitting a third row seat into the Caravan ate into the available cargo space. In 1996, the new Dodge Caravan was introduced with a rear seat capable of rolling forward out of the way to free up cargo space when the minivan needed to haul more stuff than people.

Remarkably, while it seems so commonplace today, that 1996 Dodge Caravan was the first minivan to offer a driver-side sliding door. Today, while it is a must-have feature of every minivan on the market, in 1996 it was a brand-new option for the Caravan. The rear hatch of the 1996 Caravan was also the first to incorporate a conventional door handle and lock, making opening the hatch easier than ever before.

Available in four levels of trim (Base, SE, LE, and ES), with two engines and two transmissions, there were varieties of the all-new Dodge Caravan to suit most every family situation. Base and SE models were offered with a 150-horsepower, 2.4-liter inline four-cylinder engine producing 167 ft-lbs of torque as standard equipment. A three-speed automatic transmission was paired with this engine. The LE and ES ran a four-speed automatic with a 158-horsepower, 3.3-liter V6, generating 203-ft-lbs of torque in most states as standard equipment. This engine was optional for the Base and LE models. A 150-horsepower 3.0-liter V6 was also offered in limited markets in the U.S. The big engine offering for the SE and ES models was a 180-horsepower 3.8-liter V6.

All-wheel drive, available on previous iterations of the Caravan, was not offered on 1996 Caravan models, but instead was reserved for the Grand Caravan, foreshadowing that model’s eventual eclipse of the Caravan altogether.

Traction control was offered for the pricier LE and ES models, and the Caravan was taught to unlock its doors and turn on its interior lights in the event of an airbag deployment. Transmission programming was recalibrated for smoothing shifting and flood lamps were added to the rear liftgate.

The pricey ES trim level was dropped from the Caravan lineup as Dodge repositioned the Caravan line as more value oriented, while the longer wheelbase Grand Caravan was positioned farther up market. SE models no longer offered the option of a four-cylinder engine.

The front end was revised to freshen the appearance of the Caravan. The Dodge Caravan EPIC, a fully electric minivan, was introduced in 1999. Powered by 28 12-volt NiMH (nickel metal hydride) batteries, Caravan Epic was capable of traveling up to 80 miles on a single charge and was offered as a fleet-only and a lease-only vehicle. Production of the EPIC was discontinued in 2001. Only a few hundred of the Dodge Caravan EPIC minivans were produced and sold. After the leases expired, they were returned to Chrysler and subsequently crushed. Only around ten Caravan EPIC minivans remain in existence today.

The LE model was dropped, leaving only the Base and SE trim levels, completing the transformation of the Dodge Caravan to a value proposition and establishing the Grand Caravan as the more luxurious iteration of the Caravan.

While the SE did feature budget-minded features like manual windows and door locks, it also offered air conditioning, dual power outlets and fifteen-inch tires and wheels. The 2.4-liter four-cylinder engine used to power the previous generation of the Caravan returned with the 2001 Caravan SE (along with the three-speed automatic transmission), making 150 horsepower and 167 ft-lbs of torque. Options included cruise control, power windows, four-wheel ABS, and the 180-horsepower 3.3-liter V6 (a four-speed automatic transmission was offered with the V6).

Opting for the 2001 Dodge Caravan Sport bought the 180-horsepower, 3.3-liter V6 and its 210 ft-lbs of torque. As mentioned above, the V6 came with a four-speed automatic transmission and overdrive. (The 3.8 was reserved for the Grand Caravan.)

In an effort to make the Caravan more affordable, an eC trim level was introduced, slotted beneath the SE. The only eC engine offering was the 2.4-liter four, however it was paired with a four-speed automatic transmission. Air conditioning and a stereo audio system with a cassette player were standard on both the eC and SE 2002 Dodge Caravan models.

The Sport trim package added antilock brakes; power windows, locks and mirrors; and cruise control. All 2001 Dodge Caravans also featured power adjustable pedals so shorter drivers could find a comfortable position behind the wheel while maintaining a safe distance from its airbag.

In keeping with the process of making the Grand Caravan the high-end version of the Caravan line started in 1998, leather, the DVD video entertainment system and traction control were available only on the Grand Caravan.

The value-driven experiment formerly known as eC was dropped and a cargo version of the Caravan was introduced called “C/V”. This model had been offered before back in 1995, but was dropped until 2003. The C/V offered the option of composite panels to replace deleted side windows, keeping prying eyes out of the cargo-carrying Caravan. Rear seats were made optional and the cargo floor was comprised of a plastic material similar to the bedliner of a pickup truck. The C/V also replaced the SE’s carpeting with rubber flooring. In keeping with its mission as a cargo hauler, the CV ran the 180-horsepower, 3.3-liter V6 with 210 ft-lbs of torque and the four-speed automatic transmission.

Bluetooth made its first appearance in the Dodge Caravan as an option for SE and SXT models. Other new tech included satellite radio and a DVD video entertainment system. The optional front-seat side airbags were dropped in favor of a side curtain airbag strategy, one capable of defending passengers in all three rows, as opposed to just the front-seat passengers.

It is also possible to find an SE with many of those features, as most were available as options on the SE. A’ la Carte items included a rear-seat DVD-based entertainment system, satellite radio, Bluetooth connectivity for telephones, and power-adjustable pedals. Chrysler engineering team strengthened the roof and side structures — as well as reworked the side airbags — for improved crash protection for the 2006 Caravan.

Its last year of production brought no significant changes for the 2007 Dodge Caravan.[post]Summary

The first modern minivan, the Dodge Caravan was the one to beat for most of its model run. Easily the best selling minivan on the market for the vast majority of its life, saddling the Caravan with the same engines and barely upgrading the transmissions for two generations eventually gave the Honda, Nissan, Toyota, and Ford minivans a crack to slip through. Thanks to neglect, over time the Caravan lost its

As usual though, when we find ourselves in the position of making statements like that about a vehicle, its price on the secondary market is exceptionally good — because we aren’t the only ones who have made such observations. Because of the low prices, the temptation to buy anyway is usually pretty strong.

If you find you can’t resist the Caravan, make sure you run a vehicle history report on the VIN of any Dodge Caravan you’re seriously considering buying. There were a ton of recalls on the Caravan too, so you’ll want to make sure the one holding your interest is suitably updated with all of the prescribed mods. To do that, you’ll need to run an Internet search for “Dodge Caravan recall” — citing the model year of your interest.

Finally, when a vehicle has as spotty a reliability record as the Caravan, you’d darn well better make sure you subject it to an exceptionally thorough pre-purchase inspection by a trusted professional mechanic. Make sure you find one highly familiar with all the things capable of going wrong with Dodge’s minivan. 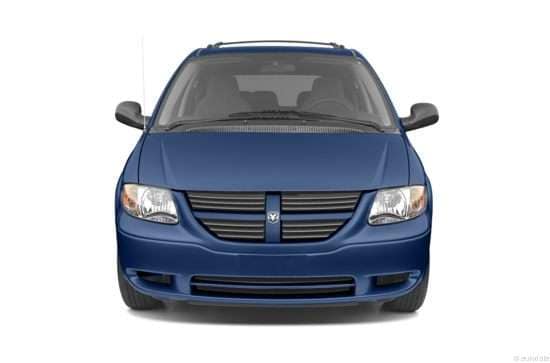 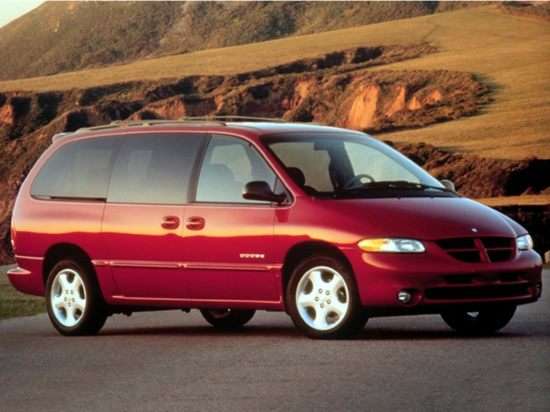 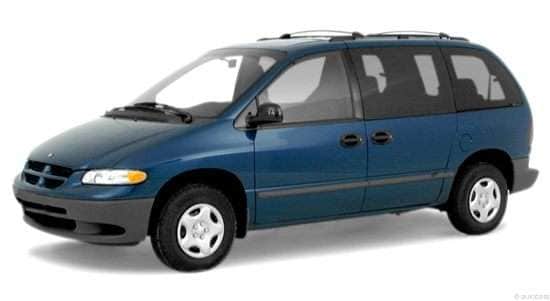 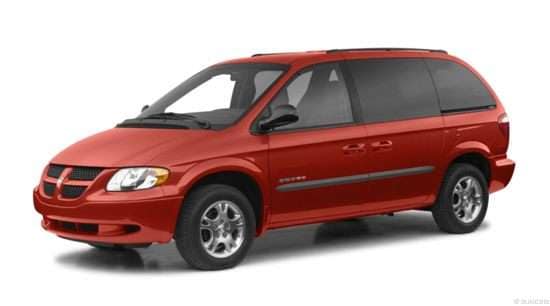