The 2023 Kia Sportage is all-new this year. It’s now larger with more room for people and cargo. There’s also a choice of a gas engine along with both a hybrid and plug-in hybrid powertrain. A wide range of trims and good standard features add to its appeal.

The 2022 Mazda CX-5 is a competing crossover that also has lots to offer. It has a sleek, upscale design, beautifully appointed interior, and a wide range of trims from which to choose. Let’s take a closer look at these two crossovers to see which one is the best.

The Mazda CX-5 is available in eight trims starting at $25,900 and topping out at $38,650. A turbocharged engine is offered on top trims only, but the full lineup has a refined, upscale interior. The CX-5 is a premium brand that leans more toward luxury as you move through the trim range.

The Kia Sportage is available in seven trim levels. The LX is priced at $25,990 with front-wheel drive. All-wheel drive is available for an extra $1,800. In the middle of the lineup is the SX Prestige priced at $33,490. There are also three new off-road trims with standard all-wheel drive priced from $30,790 to $36,790. The CX-5 wins for its slightly wider range of trims.

What About a Hybrid?

What About a Hybrid?

If you’re looking for a hybrid for better fuel economy and to reduce your environmental impact, then your only option is the Kia Sportage. It offers three hybrid trims from which to choose with pricing from $27,290 up to $36,190.

There’s also the option for a plug-in hybrid version of the Kia Sportage. It’s available in just two trims with pricing yet to be announced. While the CX-5 offers multiple gas engines, if it’s a hybrid you’re looking for, then the Kia Sportage is the only choice.

The Kia Sportage offers only one gas engine option — a 2.5-liter 4-cylinder engine that delivers 187 horsepower and is paired to an 8-speed automatic transmission. It’s responsive, but not overly engaging, and you’ll hear it working when accelerating to highway speeds.

The CX-5 has two gas engines. The base 2.5-liter delivers a matching 187 horsepower but with more responsive acceleration. There’s also a turbocharged version of this same engine on select trims. It boasts 227 horsepower and is a much more engaging option. It accelerates strongly and makes the CX-5 more fun to drive.

Despite those improvements, it can’t beat the CX-5. Mazda has a solid reputation for building cars for people who want to enjoy their time behind the wheel. Its little crossover has crisp, almost sporty handling that engages the driver at every turn and makes getting there half the fun.

As compact crossovers, neither of these vehicles is huge on the inside. The CX-5 is comfortable and beautifully appointed with quality materials throughout, but it’s not a spacious option. There’s room for three adults in back, but it’s more well-suited to two on all but the shortest of drives.

The Kia Sportage gets a bit larger this year and that makes it roomier for passengers. It also seats three in back, but it’s less of a squeeze. There’s an impressive amount of rear legroom, which means even taller adults will find the Sportage a comfortable choice for longer trips.

Only One Is Ready to Off Road

Only One Is Ready to Off Road

There’s a good chance most people won’t venture very far off-road in their crossover, but that’s not the case for more adventurous souls. If you have off-road aspirations, even if they’re not aggressive, then you need a vehicle that can handle more rugged terrain. The CX-5 is not off-road ready, but the Kia Sportage is up for the challenge.

This year, it offers new off-road trims. These all include standard all-wheel drive with 8.3 inches of ground clearance. The Pro-X trims even have enhanced drive modes designed to work with all-terrain tires. If you want to explore more, then go with the Sportage.

Infotainment That Lacks a Touchscreen

Infotainment That Lacks a Touchscreen

The CX-5 has a 10.25-inch infotainment screen across the lineup. There’s also Apple CarPlay, Android Auto, and a 4-speaker audio system. Upgrades include a 10-speaker Bose system, but there’s one thing you can’t get – a touchscreen. The system is controlled by a rotary dial on the center console that takes some time to master and can be frustrating for those new to the system.

The Kia Sportage has a standard 8.0-inch infotainment touchscreen with a 12.3-inch touchscreen on the rest of the lineup. There’s also Apple CarPlay and Android Auto with intuitive menus that are easy to operate. Even though the base screen is smaller, most of the lineup has a larger screen and, with the touchscreen, it gets the win.

And the Winner Is…

And the Winner Is…

The Mazda CX-5 is a more refined crossover with a beautiful interior and high-quality materials in any trim. It offers a responsive turbocharged engine that delivers strong acceleration with crisp handling that engages the driver and makes every drive fun.

The Kia Sportage offers a more complete package. In addition to a gas engine, it has both hybrid and plug-in hybrids, which also gives it better fuel economy ratings. New X-Pro trims deliver better off-road capability for adventurous drivers and infotainment includes a large available touchscreen. Rounding out the package is more cargo and passenger room, giving it better versatility to handle a variety of needs. 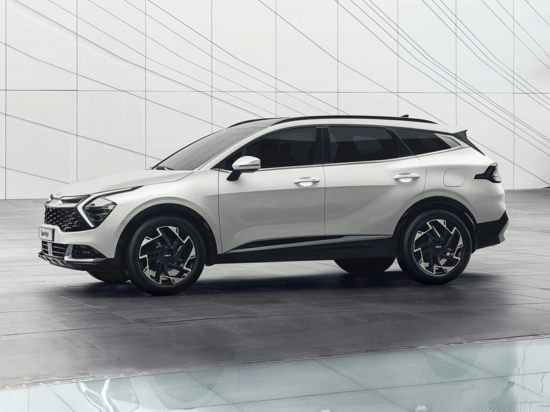 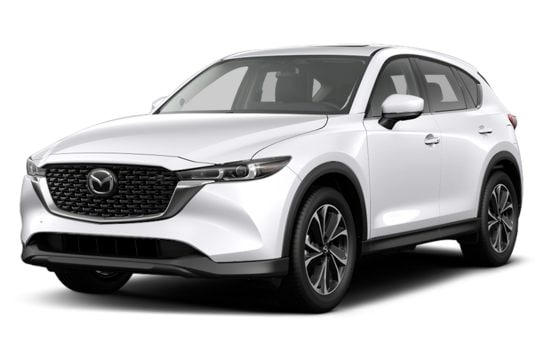