2007 Volvo XC90
By Christian Wardlaw
Safety has always been at the cornerstone of Volvo design, proven by its record of firsts – first to develop a safety-glass windshield in the 1920s and a laminated version in the ‘40s, first to offer three-point seatbelts in the 1950s, first to introduce side-impact airbags in the 1990s, and now the first to introduce individual third-row side-curtain airbags that supplement those protecting riders in the front two rows.

Like the model it replaces, the 2007 XC90 can be equipped to carry five or seven passengers, the latter version featuring a two-person third-row bench that Volvo claims is suitably comfortable for occupants up to five feet six inches tall. The seat is above the rear axle to increase safety in side-impact accidents. Serving to protect lives in and out of the XC90 are three innovative systems, two somewhat common to the market and one unique to Volvo. Active bi-xenon headlights, currently available on numerous vehicles, allow the headlights to turn right or left up to 15 degrees, all in an effort to better illuminate curvy roads on dark nights. Next is the park-assist system, which uses a rear-mounted camera to transmit an image to the navigation screen on the dash. Guide lines are superimposed onto the screen to guide the driver into a parking spot. Lastly, the Blind Spot Information System uses cameras located in the exterior mirrors to warn of vehicles traveling beside the XC90 that remain out of sight. Drivers can either adjust their lane position, or take advantage of the 2007 models added power and leave traffic behind.

The 2007 Volvo XC90 also features freshened styling, marked by revised fascias, head and taillights, and an interior that company officials suggest is built with upscale materials for a more refined feel.

With production nearly under way, expect the new XC90 to arrive at dealers within the next few months. 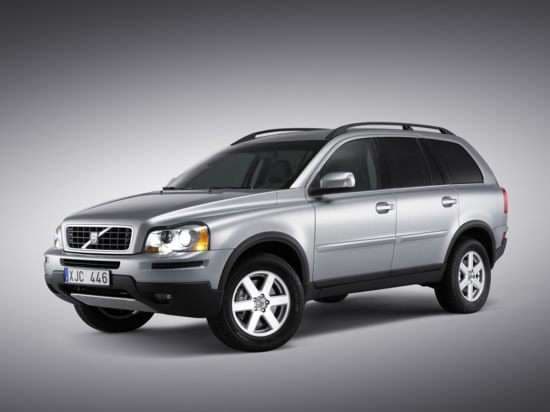