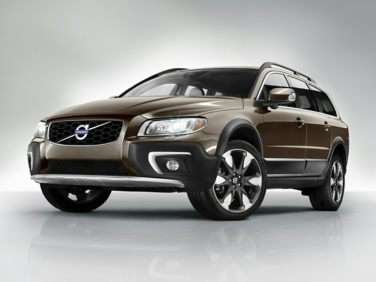 All About Volvo XC70

The Volvo XC70 is a four-door five-passenger all-wheel-drive sports crossover styled station wagon. The original XC70 was a trim of the 1998 Volvo 70. It came into its own in 1999 but wasn’t called the XC70 - at the time it was called Cross Country. Changes were brought about the next year and the name was shortened to XC – for cross country. The 70 was added to reflect the vehicles origins. In 2007, its shape was changed to the sleeker model of today. More airbags were added as well as electronic stability control and traction control for better handling. The model has gone through many changes and upgrades over the years, resulting in a completely redesigned vehicle.

The Volvo XC70 is a wagon crossover styled with over seventy new features for this year's model. Based largely on the new S80's platform, the 2008 Volvo XC70 is larger, has a new engine, and boasts more safety features including hill-descent control and built-in child booster seats.

The 2008 Volvo XC70 has only one engine available, this is a 3.2 L inline six cylinder engine the produces 235 horsepower and is matched to a six-speed automatic transmission with Geartronic manual selection. This vehicle can go from zero to 60 mph in 8.5 seconds. It is available in only one trim - the 3.2.

The EPA fuel efficiency rating for this vehicle is 15 miles per gallon in the city and 22 mpg on the highway.

As the exterior of the vehicle received an upgrade so did the interior. The instrument panel was refreshed to be more attractive to the younger crowd. The seats are large and comfy. The vehicle has seating for five and the back seat splits 40/20/40. This allows for increased cargo space which already has a sliding load floor and an under the floor storage compartment.

This crossover is nicely packed with some of the most popular features. Included are cruise control, tilt and telescoping steering wheel with controls attached, full complement of power features, heated power mirrors, auto-dimming rearview mirror, a comfortable power seat with memory settings, rear reading lights and even Sirius satellite radio.

As always, Volvo has upheld this vehicle to their high safety standard. Included as standard equipment are daytime running lights, anti-lock brakes with electronic assistance, stability, traction control, anti-skid control, and a reinforced cage for all the passengers. There are of course a full complement of safety air bags all around. As well, there is a special whiplash system that helps minimize neck injuries in case of an accident and driver alert control chimes if the computer senses that the driver might be falling asleep, a lane departure warning system with a camera and a new collision warning system that uses radar sensors to judge if a collision is about to happen. Then, if a collision is close at hand, the system applies the brakes when the computer sensors determines the crash is unavoidable.

The 2009 Volvo XC70 is a largely a carryover from 2008. For 2009, the base 3.2 AWD trim has been retained. It makes use of a 3.2 liter, 6-cylinder engine that produces 235 horsepower and 236 lb-ft of torque. Saddled with the extra weight of all-wheel drive, the 3.2 AWD sees fuel economy numbers of 15 miles per gallon in the city and 23 miles per gallon on the highway. New for 2009 is the T6 AWD trim, which substitutes a turbocharged, 3.0 liter 6-cylinder for the naturally aspirated unit. This motor cranks out and impressive 281 horsepower and 295 lb-ft of torque. All-wheel drive is also included, and the vehicle’s fuel mileage is rated at 15 miles per gallon in city driving and 22 miles per gallon during highway cruising. All editions of the 2009 XC70 are outfitted with a 6-speed automatic transmission.