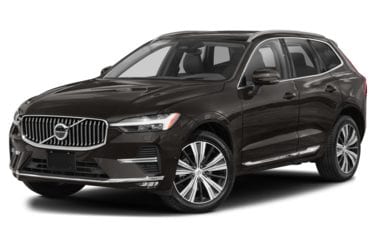 All About Volvo XC60

The Volvo XC60 is an SUV crossover that was released in Spring 2009. The vehicle was first unveiled at the 2007 North American International Auto Show in Detroit, Michigan as a concept vehicle. Positioned as a luxury compact crossover, the XC60 will compete directly with such as vehicles as the BMW X3, Acura RDX and Mercedes-Benz GLK-Class.

The production model of the Volvo XC60 is expected to retain much of the original design found in the concept version. The vehicle will be built around the same platform found on the Land Rover LR2. The overall design combines SUV aspects found in the Volvo XC90 and sports coupe features inspired by the Volvo C30. The result is a sporty crossover with a short roofline, an expressive front end, sweeping headlamps and a wide stance.

Expected interior design features include an instrument panel that resembles the outline of a bumblebee, ambient mood lighting and a "floating" center instrument panel. Front bucket seats and a rear bench seat will accommodate up to five passengers. Another innovative design feature comes in the form of a glass tailgate that can be opened in three different ways – full open, top section open and lower section open.

The top-of-the-line powertrain for the Volvo XC60 is expected to be a 3.0-liter 6-cylinder turbocharged engine that delivers 281 horsepower. Two base D5 turbodiesel engines have been announced for the European market and may be available in the United States. These two diesel engines will deliver 185 and 163 horsepower, respectively. A 6-speed automatic will likely be the only transmission option.

As with all Volvo vehicles, the XC60 will include a long list of innovative safety features. Projected available safety technologies for the vehicle include traction control, a whiplash protection system, roll stability control, dynamic stability, ABS system, antiskid system, front airbags, side airbags and side curtain airbags. The Crossover[temp]>crossover will also feature Volvo's City Safety technology, which automatically applies the brakes at low speeds to avoid rear-end collisions.