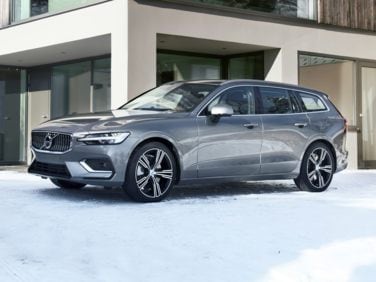 All About Volvo V60

One of the few automakers still proudly doing wagons, Volvo’s new (for the U.S. anyway) V60 wagon slots in between two of the brand’s now discontinued wagons to carry the company’s flag in the family sports segment. As its nomenclature suggests, the 2015 Volvo V60 is a bit larger than the now discontinued Volvo V50, but smaller than the company’s defunct V70. And while that might sound like a compromise, Volvo is also offering a pretty broad array of powertrains for the new wagon.

A 2.0-liter turbocharged inline four-cylinder engine producing 240 horsepower and 258 ft-lbs of torque powers the base V60 model. Its front-drive powertrain is fed by an eight-speed automatic transmission with paddle shifters. This engine is part of Volvo’s new Drive-E family of powerplants. Ultimately, the plan is to have all Volvo models powered by high-output four-cylinder engines.

According to Volvo Cars of North America president and CEO John Maloney; “The V60 signifies our first step in a gradual move toward powerful, highly efficient, four-cylinder engines across the entire portfolio of our vehicles.” And while this may sound like performance at the high end of the scale will suffer, Volvo has shown a 302-horsepower 2.0-liter four-cylinder Drive-E engine. Fitted with both a supercharger and a turbocharger it also generates 295 ft-lbs of torque at 2100 rpm.

For the time being however, opting for an all-wheel drive powertrain solution will give V60 intenders a choice of two more traditional Volvo engines; the normally aspirated 2.5-liter inline five-cylinder generates 250 horsepower and 260 ft-lbs of torque, while the 3.0-liter turbocharged inline six will send 325 horsepower and 354 ft-lbs of torque coursing through the Volvo’s powertrain.

While both of these engines feed a six-speed automatic transmission, the 3.0-liter six is fitted to the R-Design version of the five-door Volvo, making it the fastest and most powerful Volvo wagon ever offered. For this application, the six-speed transmission is fitted with Volvo’s Advanced Quick Shift transmission optimization software to improve the speed of each gear change.