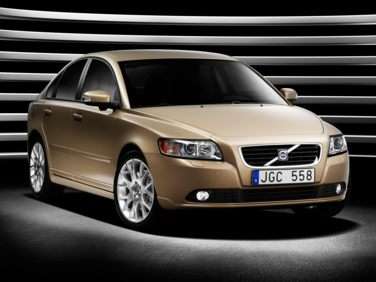 All About Volvo S40

The Volvo S40 is a four-door five-passenger sport sedan. The original Volvo S40 was first introduced to the US market in 2000. These vehicles all had 1.9 L four cylinder engines that could produce 160 hp. This early model offered a four-speed automatic transmission. there was no manual available or an AWD option at the time. This model was a decent small sedan but one that struggled to compete. The current generation Volvo S40 was introduced in the middle of 2004. The engine at the time was a 2.5 L five-cylinder engine. The vehicle underwent another upgrade for 2008 increasing the ‘upscale’ look and feel.

For the 2008 model are an improved audio system, more storage and new safety features. There are three trims – the 2.4i, T5 R-Design and the T5 AWD R-Design. Under the hood of the 2008 Volvo 2.4i is a 2.4 L five-cylinder engine that produces a 168 horsepower. This engine is paired with a five speed manual or a five-speed automatic transmission. The much sportier T5 gets a 2.5 L turbocharged five-cylinder engine that can produce 227 horsepower. This engine is paired to the five-speed automatic transmission. Both of the automatic transmissions have the built in Geartronic manual control. The T5 can be ordered as an all wheel drive model.

The EPA fuel economy rating for the Volvo S40 2.4i FWD with an automatic transmission is 20 mpg in the city and 28 mpg when driving on the highway. The interior of the car is classy and yet trendy. There’s more attention to detail than you’d expect for such a small car. There is the ‘floating’ center stack you see on other Volvo vehicles and a pass-through console. The large easy to read gauges are trimmed in Nordic Light Oak. Air conditioning is standard on this vehicle as is the cabin filter, power glass sunroof, and tinted windows.

Volvo is well known for not skimping on standard features for their vehicles. The Volvo S40 has many high tech features that you'd expect to find in the larger luxury models. Some of these features are the blind spot information system (BLIS) and active bi-xenon headlamp system, which has beams that swivel to the side to help vision when driving around corners. There is also a DVD navigation system and a new and improved audio system. Other special features for the interior are automatic climate control, a power driver’s seat, fog lamps and new trim.

There is also the Climate Package and Dynaudio Package, which offers 12 speakers and 650 watts available for those looking for something extra.

The 2009 Volvo S40 is a carryover from 2008. The 2009 S40 is offered in three different trim levels. The 2.4i uses a 5-cylinder engine displacing 2.4 liters to generate 168 horsepower and 170 lb-ft of torque. This motor sees fuel economy numbers of 20 miles per gallon in town and 31 miles per gallon in highway cruising. The T5 R-Design trim is provided with a 2.5 liter, 5-cylinder engine that is turbocharged in order to help churn out 227 horsepower and 236 lb-ft of torque. In front-wheel drive configuration, the T5 R-Design’s fuel mileage is rated at 20 miles per gallon in city driving and 28 miles per gallon on the highway. These numbers are slightly lower if optional T5 R-Design AWD trim with all-wheel drive is ordered. Each trim level offered on the 2009 S40 use the same 5-speed automatic transmission to handle gear shifts.