European automakers sometimes can be a bit stingy when it comes to bringing their hi-po global-spec entries to the U.S.—and their wagons and diesels, too—but not the world’s last-remaining Swedish brand. The 2013 Volvo C30 Polestar Limited Edition, hotted up by Volvo’s Polestar performance partners, will land at American dealerships next month.

Stickered at $31,550 (before an $895 destination charge), this sizzling C30 has been massaged to extricate 250 hp and 273 lb.-ft. of torque from its turbocharged 2.5-liter I5 engine, representing jumps of 23 horses and 37 lb.-ft. of twist. On the other hand, the Polestar car does post the exact same EPA line as the standard C30, achieving 21 mpg city/29 mpg highway/24 mpg combined with a six-speed manual transmission or a line of 21/30/24 with an available five-speed automatic.

The 2013 Volvo C30 Polestar builds on the success of the C30 R-Design, which already featured a wide range of performance enhancers—including a unique sport chassis and aero-body kit—but still holstered the car’s standard engine.

Other upgrades for the 2013 Volvo C30 Polestar include:

As one would expect from the high-velocity Volvo, some of the world’s most sophisticated safety measures are standard as well, ranging from Dynamic Stability and Traction Control to both Side Impact Protection and a Whiplash Protection Seating System. And yes, lux features like heated seats, navigation, and an upscale audio setup are available, too.

But speaking of availability, keep in mind that Volvo’s generosity—along with the car’s U.S. production run—will indeed be limited, and a mere 250 units of the 2013 Volvo C30 Polestar will be imported to American shores. 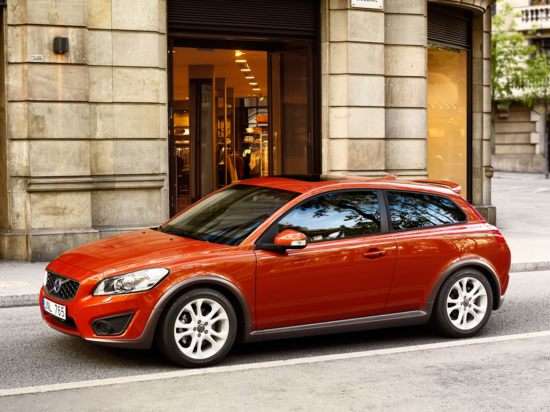