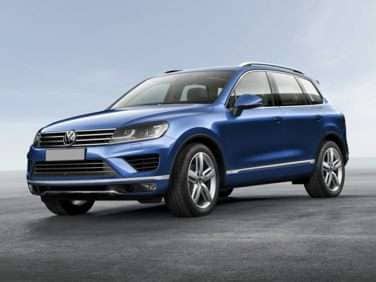 All About Volkswagen Touareg

Developed by Volkswagen in conjunction with Porsche (Cayenne), the 2004 Volkswagen Touareg was VW’s first entry into the burgeoning sport utility vehicle segment. While the two were developed on the same basic platform, they have quite different outward personalities. The Volkswagen is more mainstream—yet quite upscale, while the Porsche works very diligently to live up to the performance potential associated with its name.

Interestingly however, while the Porsche had to live up to its brand name, the Touareg has served to expand the reputation of its brand name. Where Volkswagen was previously known for good affordable cars (yes, like the attributes of the VW Beetle and it’s successor, the VW Golf) the Touareg has managed to take the Volkswagen name into the realm of premium automobiles with strong results.

While a Touareg does cost less than a Porsche Cayenne, it is nonetheless an expensive purchase. Today’s Volkswagen Touareg starts at $43,995. Speaking of which, today’s Volkswagen Touareg is also considerably less capable off road than the original 2004 Volkswagen Touareg was. Over the years, as Volkswagen’s product planners continued to tweak the Touareg to make it more appealing to its core audience (ride more smoothly, handle more easily around town, incorporate more comfort and convenience features as standard equipment), some of the off-road capability was sacrificed at the altar of ride comfort and luxury.

Some, but not all.

Though the model has been in production since 2002, it’s so successful VW has only seen fit to remake it once—thus the Touareg is currently in but its second generation. By the way, the name of the Volkswagen comes from a North African nomadic tribe of people known as the Tuareg. They are the principal inhabitants of the Saharan interior. A very hearty people who roam about a rather inhospitable environment—makes perfect sense to name a sport utility vehicle after them.

Over the years, Volkswagen has offered the Touareg with a number of different powerplants. In the United States, the first generation Touareg could be ordered  with either a 220-horsepower 3.2-liter V6; a 310-horsepower, 4.2-liter V8; or a 310-horsepower V10 diesel— good for an absolutely stupefying 553 ft-lbs of torque.