Otherwise, the 2013 Touareg Hybrid is much the same as the normal Touareg. The exterior has the same block shape with LED headlights. Moving inside, the Touareg Hybrid is well appointed with power seats, leather, wood trim, keyless entry with push button start, navigation, and a number of other features.

A 2013 Volkswagen Touareg Hybrid will set you back $62,575. Competitors to the Touareg Hybrid include the Audi Q7 TDI and Mercedes-Benz ML350 BlueTEC. 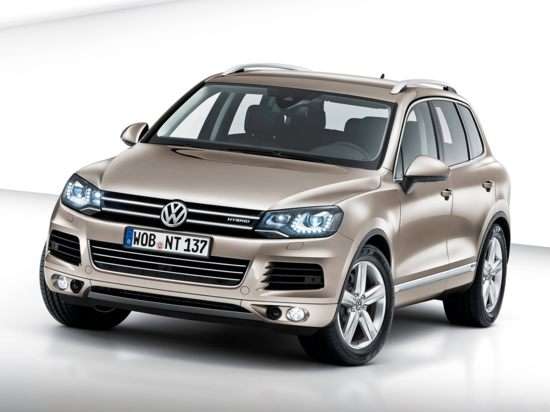