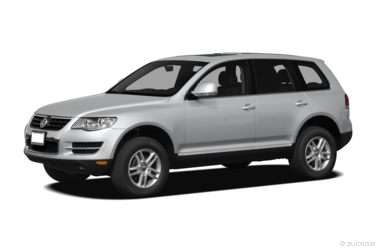 All About Volkswagen Touareg 2

The Volkswagen Touareg is a four-door, five passenger hardtop convertible. The Volkswagen Touareg was developed as part of the same platform that underpins the Porsche Cayenne and the Audi Q7. With the main focus of the project being to give Porsche a sport utility vehicle that could boast exceptional performance numbers, the Touareg was somewhat lost in the shuffle. A number of different engine combinations and trims were tried out before VW was able to claim reasonable market success with their largest SUV to date.

The renamed 2008 Touareg 2 rides on the first refresh of the Touareg platform since 2003. This year the vehicle was given an updated look as well as significant re-tooling under the skin. The SUV has an exterior styling that fits in well with the rest of the Volkswagen stable, and its bold appearance is handsome and appealing. Unlike the Porsche Cayenne, the Touareg has a greater focus on luxury than it does on pure speed. The entry level version is loaded with features: leatherette seats and accents, power everything, heated mirrors, trip computer, rain-sensing wipers, a sunroof, electronic parking assist, and a number of other comforts. Higher trim levels offer upgraded leather, xenon HID headlights, air suspension and larger wheels.

The Touareg 2 is divided into three different editions, depending upon which engine is ordered. The base model is equipped with a 280 horsepower V6, while the middle tier has a more powerful V8 generating 350 horsepower and 324 lb-ft of torque. Sitting at the very top of the heap is a 5.0 liter V10 diesel engine, which boasts 310 horsepower and a monstrous 553 lb-ft of torque. Each of these vehicles comes with a 6-speed automatic transmission and 4Motion all-wheel drive, along with a variety of features which turn the SUV into a real off-road performer: electronic hill descent control, a locking center differential, hill climb assist, and excellent approach and departure angles for trail driving. The air suspension also has the ability to lift the vehicle up quite high in order to cross water or better deal with high snow drifts, a useful ability not often found in modern SUV’s.

Of course, as with most sport utility vehicles, the Touareg 2 will most likely spend the majority of its time on the road, not off it. In this regard, the Touareg is a capable performer, and the V10 diesel is especially good at tearing down the blacktop with impressive speed. The air suspension keeps the ride quite comfortable, and it is easy to forget that this SUV weighs around 5000 lbs. The Touareg can tow 7000 lbs, making it competitive with some of the larger domestic SUV’s, and the long wheelbase of the vehicle makes it feel safe and controlled even when towing in mountainous areas.

In top trim, the Touareg 2 pushes $70,000 – definitely not an inexpensive truck. Given that the diesel engine in that particular model has had difficulty with American emissions standards, the 2009 model is likely to replace it with a smaller displacement motor. However, regardless of what is under the hood, the Touareg 2 is a very useful, comfortable and impressive sport utility vehicle that can hold its own in both the urban jungle and the Sahara desert.

The 2009 Volkswagen Touareg 2 is largely a carryover from 2008, minus the diesel V10 option found in the previous model year. The 2009 Touareg 2 can be ordered in one of two trims. The VR6 FSI uses a 280 horsepower, 3.6 liter V6 engine that also contributes 265 lb-ft of torque. Fuel economy is rated at a thirsty 14 miles per gallon in the city and 20 miles per gallon on the highway. The V8 FSI edition of the Touareg 2 is outfitted with a 4.2 liter V8 engine that generates 350 horsepower and 324 lb-ft of torque. Fuel mileage for this power train is an equally low 13 miles per gallon in city driving and 18 miles per gallon in highway cruising. All-wheel drive is standard equipment, and each engine uses the same 6-speed automatic transmission to handle the gear shifting duties.