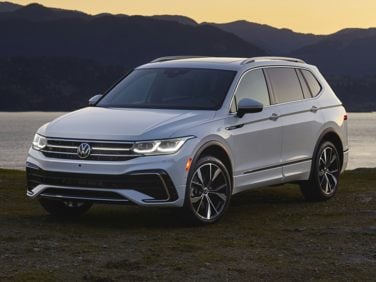 All About Volkswagen Tiguan

The Volkswagen Tiguan is a four-door, five-passenger crossover sport utility vehicle. With the tide seemingly turning against larger sport utility vehicles - due to the increased costs associated with fueling these thirsty trucks, combined with pressure brought by environmental groups to reduce both consumption and the production of greenhouse gases - some companies have decided to downsize their offerings. For 2009, Volkswagen adds the Tiguan to its vehicle lineup, which until this point had only featured a single SUV – the large Touareg. The Tiguan is much smaller, (based on the same platform that underpins the Rabbit) and it is designed to appeal to a younger segment of the market which is more concerned with fun than with towing capacity.

The Volkswagen Tiguan is more than just a car-derived crossover. It actually makes the effort to provide legitimate off-road capabilities for those who are interested in trail adventure. The Tiguan is designed with a suspension capable of dealing with fairly aggressive terrain. Inclines of up to 31 degrees can be handled without worrying about getting the front or rear end caught, and the vehicle can also drive at a 27 degree horizontal angle while maintaining total stability. Angle of attack and departure are also excellent. 4Motion all-wheel drive is an option on the upper trim levels, providing enough traction to make it up slippery slopes or slog through deeper mud. An electronically locking differential and electronic stability control program round out the on- and off-road helpers.

All Tiguans are equipped with a 200 horsepower, turbocharged 4-cylinder engine. The base S model can be had with either a 6-speed manual or automatic transmission, while the SE and SEL are limited to the auto. A panoramic sunroof, navigation system and a camera system to help with reversing and parking are the primary options available on the upper trim levels. Volkswagen is claiming a 0 to 60 miles per hour time of just under 8 seconds. All Tiguans are nicely equipped with a fair number of standard feautres, although upgrading to the SE gives buyers heated front seats, satellite radio, fog lights and a roof rack. The SEL piles on an even more powerful stereo, power driver’s seat, dual climate control and HID headlights.

In a vehicle named after a combination of the words Tiger and Iguana, drivers may be uncertain as to what to expect in terms of highway handling. However, the small SUV stays true to its Rabbit-derived roots, and performance on the road is comparable to the smaller hatchback – although the extra weight of the crossover contributes to body lean in corners, and the stiffer suspension can feel rough at times. Stopping is excellent, and the Tiguan does not ride high enough to be difficult when entering or exiting the vehicle.

The Tiguan may be able to find a niche amongst buyers who are looking for something larger than a Rabbit, but who do not want to step up into a full-size sport utility vehicle. The fact that Volkswagen has decided to include three years of scheduled maintenance through their ‘Carefree’ program may be enough to entice drivers to take the Tiguan out for a test spin.