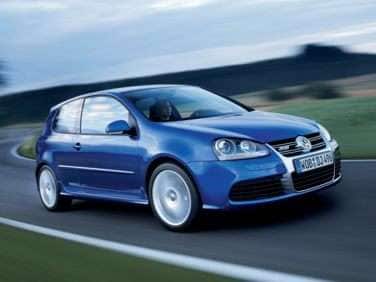 All About Volkswagen R32

The Volkswagen R32 is a two-door, five-passenger compact hatchback. The idea of the ‘hot hatch’, a small compact hatchback car with a large engine and other go-fast equipment, has long been popular amongst the street-racing and motorsports crowd. However, buyers in North America have often seemed reluctant to pay extra for a premium compact car – witness the failure of the BMW 318ti. Volkswagen decided to see if they could build upon the success of the Audi TT - a highly successful small sports car - by bringing over the Volkswagen R32 in 2004. This performance edition of the Golf had been a spectacular success in Europe, and American buyers had been clamoring for a chance at the vehicle.

Sales went well enough that when the fifth generation of the Golf was introduced as the Rabbit a few years later, the newest version of the R32 came along with it. The 2009 Volkswagen R32 is the highest performing version of the Rabbit available, outstripping even the GTI in terms of power and control. The engine is an updated version of the 3.2 liter V6 that was found in the previous generation, and it produces a hefty 250 horsepower and 236 lb-ft of torque. The R32 has a top speed of 130 miles per hour and can make the sprint to 60 miles per hour in just 6.5 seconds. This makes it the quickest vehicle that Volkswagen currently has available in the United States. Handling is good, as the R32 employs the same Haldex all-wheel drive system that can be found in the Audi TT. The Haldex is electronically controlled, with none of the Torsen differentials typically found in Audi Quattro. This is due to the small platform size of the R32. The only transmission choice is the DSG automatic system that can be controlled via paddle shifters on the R32’s steering wheel.

On the outside, the R32 is differentiated from other Rabbit models by blue brake calipers, 18-inch standard wheels and a dual-tipped, center exit exhaust. Inside, the ‘R’ logo can be found on the steering wheel and the special sport seats, and the entire interior trim is unique for the model. The car also includes a glass sunroof, dual climate control and satellite radio. The only option that can be ordered with the R32 is a navigation system, indicating just how well-equipped the hatchback truly is.

While the taught suspension might make for better handling, it also creates a rough ride over uneven road surfaces, which can become irritating over a long distance. In addition, the R32 has a loud exhaust note. This is a vehicle that was designed for enthusiasts, not for grocery getting, and when choosing a daily driver, buyers would do well to keep this in mind. The weight of the R32, which is even heavier than the GTI due to the added all-wheel drive hardware, also reduces some of the car’s fun factor when compared to previous editions. Finally, the car is largely anonymous – aside from VW aficionados, there are few people who will recognize the vehicle as the $33,000 dollar performance machine that it is. However, it still represents the quickest and nimblest platform that Volkswagen offers on this side of the Atlantic, and these vehicles are difficult to find in showrooms due to popular demand and limited production runs. The R32 was only available in 2004 and 2008 with the latter limited to just 5,000 units in the United States.