Facility Would be First Transplant to Unionize

This morning, workers at Volkswagen's U.S. manufacturing facility in Chattanooga, Tenn.—home of the 2014 VW Passat and rumored production site for the brand's upcoming medium crossover—began a three-day vote to determine whether or not to join the United Auto Workers union. Needless to say, the outcome is going to have a significant impact that goes well beyond the auto industry.

As a quick reminder, although quite a few foreign automakers now have extensive manufacturing footprints in the United States, none of their so-called "transplants" are unionized. It's kind of odd, really, since those same automakers often have union partnerships in their home countries, with Volkswagen itself working very closely with the very strong unions in Germany. But while the automaker is taking a strictly neutral line on the situation in this country, such clearly isn't the case elsewhere.

In Tennessee, where the Chattanooga plant brought in $1 billion in investments and continues to churn out the 2014 VW Passat today, the legislature has said it would withdraw future Volkswagen incentives that totaled hundreds of millions. They were to be used to attract another VW manufacturing facility to the state, and that plant, for the automaker's next-gen crossover, is/was expected to be among the highlights of a new VW investment program that would be worth some $7 billion.

Speaking at a recent press conference (and as reported by Hollie Webb of the Chattanoogan), Republican State Senator Bo Watson said: "I believe the members of the Tennessee Senate will not view unionization as in the best interest of Tennessee. The Governor, the Department of Economic and Community Development, as well as the members of this delegation, will have a difficult time convincing our colleagues to support any Volkswagen incentive package."

Responded Mike Herron, chairman of UAW Local 1853, which includes the GM’s assembly plant in Spring Hill, Tenn.: “Statements made by Tennessee lawmakers and outside special interests couldn’t be further from the truth. The UAW has had a very positive impact on economic development in the state of Tennessee. … [GM’s Spring Hill facility] is only open today because the UAW negotiated to re-open the plant in 2011 collective bargaining.

“Our collective bargaining agreement resulted in a $350 million investment from GM and more than 1,800 jobs at the plant and thousands more at businesses that support Spring Hill. GM will add at least another 1,800 jobs with the addition of two new products.”

Stay tuned to Autobytel for the latest on both the historic VW-UAW voting and the 2014 VW Passat, too. 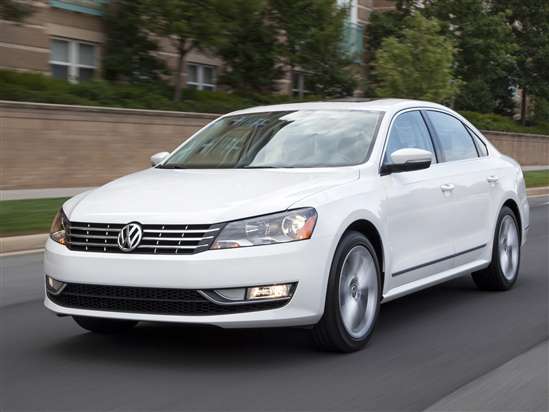