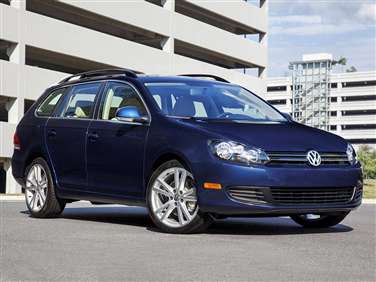 All About Volkswagen Jetta SportWagen

The Jetta SportWagen is distinguished in the North American market because it is the only European station wagon that is not exported by a performance or luxury brand. Since it is based on the Golf, rather than the Jetta, which occupies a higher price point in the Volkswagen lineup, the interior features higher quality materials similar to those found in the Golf. The Jetta SportWagen comes in S, SE, and TDI trim levels. It boasts a panoramic sunroof that spans both the front and back seats. The interior also has features such as rear air vents for the backseat passengers and a height adjustable center armrest. The base trim, S, comes with 16-inch steel wheels, remote keyless entry, roof rails, power accessories, cruise control, climate control, cloth upholstery, heated front seats, a 60/40 split rear folding backseat to increase cargo capacity, Bluetooth wireless integration, a trip computer, and an eight-speaker audio system with an auxiliary input jack. Upgrading to SE or TDI trim switches out the steel wheels for 16-inch alloys, and offers upgraded display gauges, an upgraded audio system with touchscreen controls, satellite and HD radio, and iPod integration. Only the TDI trim gets a rearview camera. Other options include 17-inch alloy wheels, navigation, and keyless ignition. All models get safety features such as antilock brakes, stability control, traction control, front side impact airbags and full length side curtain airbags.

The S and SE trim levels of the Jetta SportWagen share an engine, a 2.5-liter five-cylinder gasoline unit that yields 170 horsepower. The S trim comes standard with a five-speed manual transmission; a six-speed automatic is an option for the S and is the standard for the SE trim. For the 2.5-liter gasoline drivetrain, the Environmental Protection Agency rated the Jetta Sportwagen at 24 miles per gallon city, 33 highway, and 26 combined for the manual gearbox; the automatic ratings suffer slightly at 23 city, 30 highway, and 26 combined. The TDI version of the Jetta SportWagen is a turbocharged 2-liter four-cylinder diesel engine that produces 140 horsepower. The TDI Jetta SportWagen gets a standard six-speed manual transmission, though buyers can opt for the automatic six-speed Direct Shift Gearbox with sport mode. Fuel economy for this powerplant is rated at 30 miles per gallon city, 42 miles per gallon highway, and 34 combined. The diesel Jetta SportWagen boasts a 0-60 acceleration time of 8.8 seconds.