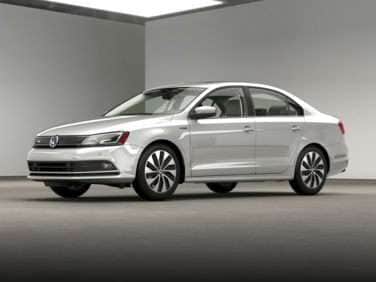 All About Volkswagen Jetta Hybrid

The Volkswagen Jetta has been known by different names around the world since the Volkswagen Group introduced the car in 1979. The Jetta is the sedan counterpart to Volkswagen’s Golf hatchback, which has historically been more popular than the Jetta in most parts of the world. North America was one of the lone exceptions to this general rule, based in part on the United States’ long-standing general indifference toward hatchbacks, even though the Jetta was slotted at a slightly higher price point than the Golf. The Jetta has retained its name in Canada and the United States through all six generations, even though the car’s name changed from generation to generation in Mexico and elsewhere in the world. And although the Volkswagen Group has offered diesel Jettas, turbodiesel Jettas, electric Jettas, and traditional gasoline Jettas over the years, it took until 2012 for Volkswagen to introduce a hybrid version. The gasoline-electric Volkswagen Jetta Hybrid was added to the lineup as part of the car’s sixth generation, helping the Jetta get back to its roots of providing efficiency and economy rather than luxury. The Jetta Hybrid was announced at the North American International Auto Show in January of 2012, and was released as a 2013 model. The car is produced in Volkswagen Group’s Puebla, Mexico assembly plant.

The Volkswagen Jetta was originally designed by adding a trunk in place of the Golf’s hatch, and over the years the two cars shared platforms, suspensions, drivetrains, front ends, interiors, and as many body panels as possible. There were always slight differences – parts or mechanical components that were exclusive to a limited edition or production run, for example – but the cars were always obviously siblings. With the sixth generation, Volkswagen broke form with this formula, and even though the cars share a similar aesthetic, they’re no longer derived strictly from the same designs. As the Golf steadily achieved more popularity in the United States, Volkswagen took the Golf and its variations upscale, and left the Jetta to fill in the budget niche, putting forth stronger competition against cars such as the Toyota Camry and Honda Civic. Thus, it became a good candidate for a hybrid compact car.

Volkswagen, following the tradition of marketing VW cars as a fun-to-drive option, is positioning the Jetta Hybrid as a hybrid for people who want to drive it like a normal car. Thus, the Jetta Hybrid features a seven-speed dual clutch transmission that anticipates the next gear, which helps make shifting faster. The Jetta Hybrid also seeks to recreate the experience of flooring the accelerator in a traditional gasoline car. When the driver fully accelerates, the drivetrain delivers a power boost that gives the car a good thrust forward. This may be why the Jetta Hybrid can accelerate from 0-60 in 7.9 seconds, relatively speedy, at least compared to other hybrid cars.

The Volkswagen Jetta Hybrid’s 1.4-liter turbocharged gasoline engine and electric motor combination deliver a combined 170 horsepower, and the engine can run on electricity only up to 84 mph. The Jetta Hybrid achieves fuel economy ratings of 42 mpg city, 48 mpg highway, and combined fuel economy of 45 mpg. The 2014 Volkswagen Jetta Hybrid comes in three trim levels: SE, SEL and SEL Premium. All three share the same drivetrain and achieve the same fuel economy, despite the SEL and SEL Premium’s upscale feature packages. While the Jetta Hybrid SE, the base model, comes with 15-inch alloy wheels, keyless entry and push-button start, a comprehensive audio system featuring touchscreen controls and Blutetooth integration, and LED rear lights, there are two more price points, each a couple thousand dollars above the previous. The SEL trim level bumps the wheels up to 16 inches and adds a power sunroof, rear view camera and heated power seats; the SEL Premium gets 17-inch wheels, a more premium audio system, and bi-Xenon headlights.