By William Maley
Lets get some bad news out of the way before we fully dive into this review: You cannot buy a 2013 Volkswagen GTD in North America at all. Volkswagen brought this vehicle over to have certain people (such as ourselves) take a bite of some forbidden fruit.

The best way to describe the Volkswagen GTD is to say it's a Volkswagen GTI with a diesel engine. Taking the place of a 2.0L turbo-four delivering 200 horsepower and 207 pound-feet of torque, the GTD uses a 2.0L turbocharged four-cylinder diesel with 170 horsepower and 258 pound-feet of torque. While the GTD is about a second slower than the GTI (8 seconds vs. 7 seconds), the GTD gets better fuel economy. You can get a six-speed manual or a six-speed dual-clutch automatic.

Besides that, the GTD is very much a GTI in essence. Both models come with a exterior body kit that includes a large front intake with vertical fog lights, honeycomb grille, sharp alloy wheels, and a new rear bumper. Inside, there is a flat-bottom steering wheel and other appointments reserved for the GTI

Now Volkswagen has introduced the new Mark.7 GTI and GTD at the 2013 Geneva Motor Show and there were rumblings that the GTD could be heading to the U.S. If you really want the GTD here, you should let Volkswagen of America know that. 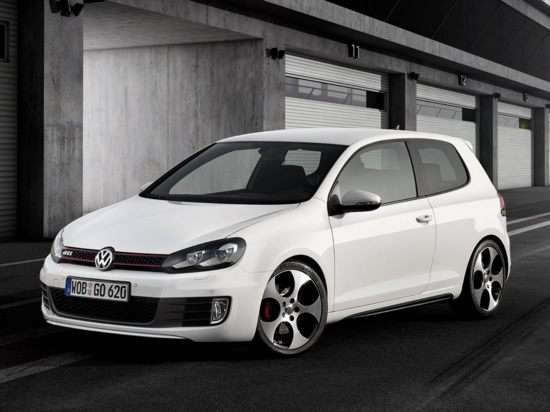