With August sales that were up 62.5 percent as compared to the same month last year, Volkswagen seems to be well on its way to doubling U.S. deliveries by 2018—an explicit goal for VW. But to stay on course, the company will have to see the same kind of success with its all-new, seventh-generation VW Golf that it found with its recently redesigned VW Jetta and VW Passat. As an FYI, the latter two sold 13,377 and 10,990 units, respectively, while the current Golf was good for just 4,268 (including hi-po GTI and Golf R models).

Back on the other hand, while it's still an open question as to whether VW will accomplish its objective, the automaker did take a big step toward providing the answer when it unveiled the next-gen Golf recently in Berlin.

Details are few, but the early line on the car is that it should finally reach the 40-mpg benchmark in its gasoline-powered model; the current Golf can only achieve 33 mpg highway, leaving well behind the rest of the mainstream small-car competition. (Yes, the Golf TDI can attain 42 mpg, but that’s with its significantly more expensive diesel engine.)

The difference-maker here? Well, there are actually two: First off, the seventh-generation Golf will be some 220 lbs. lighter than the outgoing car, for significant weight savings; second, rumor has it that VW will swap out the current Golf’s 170-hp I5 engine for a more efficient, albeit less powerful, 1.8-liter turbo I4. To be clear, though, the car shown in Germany was the Euro-spec version and VW did not provide any direct information about the U.S. version. The Euro model, by the way, will offer a 1.4-liter turbocharged I4 and a small, 105-hp diesel, neither of which would be suitable for gaining customers in America. Although it must be said that the turbo does happen to be suitable for getting 49 mpg in combined driving in the European testing cycle, and the diesel is capable of 62 mpg in that measure.

Dimensionally speaking, the new Golf will be longer (by 2.2 inches), wider (by .5 inches) and lower (by .8 inches) than the current one, and this allows for a longer wheelbase and sportier proportions, too. As a result, the Golf’s new cabin will be a bit larger, and it will feature new infotainment systems with both five- and eight-inch touchscreens. Notably, the company will offer the former as standard equipment on the entry-level trim in Europe; doing the same in America would be a nice differentiator for the brand.

Autobytel will provide readers with more details about the redesigned seventh-generation Volkswagen Golf as soon as VW provides them to us. 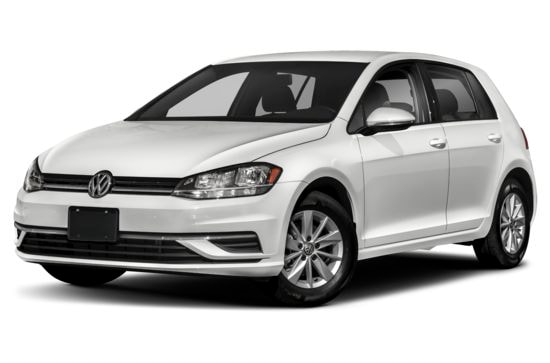