The seventh generation of Volkswagen’s Golf hot hatch lineup is bigger than ever, and Benjamin Hunting, Road Test Editor for Autobytel, got acquainted with the newest Golf in California. They share a completely new platform and a revised exterior, and there are a handful of new drivetrain options that differentiate the various Golf models. The Mk7 Golf also boasts a revised price point, so each model starts at a few thousand dollars less than the last generation. The GTI, the performance version of the Golf, will be the first model of this generation to be exported to the United States. It features an upgraded 2-liter 4-cylinder engine with a 210-horsepower output, and it comes with a six-speed manual or a six-speed DSG. It will be followed by the base Golf TSI, which is powered by a turbocharged 1.8-liter 4-cylinder that puts out more power than the discontinued 2.5-liter 5-cylinder. A couple of alternative fuel Golf models will also be available, such as a Golf TDI, a turbodiesel-powered version of the hot hatch. In 2015, the eGolf will also be coming over, providing about 115 horsepower and about a hundred-mile range thanks to a zero-emission electric motor and battery. The Golf R, the top of the line version, will come a little later in the model’s lifecycle. 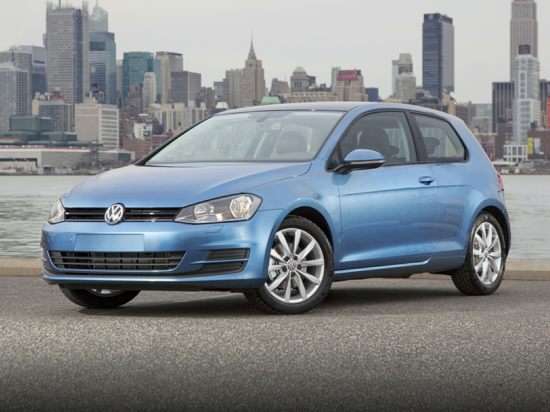