There's a new name atop the efficiency leaderboard for compact EVs: According to the EPA, the 2015 Volkswagen Golf EV can provide an all-electric driving range of 83 miles with ratings of 126 MPGe city/105 MPGe highway/116 MPGe combined.

Of course, while the all-electric 2015 Volkswagen Golf does indeed lead its class in all four of those metrics, the class itself only has one other entry: the Ford Focus Electric, which rings up an EPA line of 110 MPGe city/99 MPGe highway/105 MPGe combined, complemented by a 76-mile range.

Still, that does leave VW's "e-Golf" in a fairly strong position in the overall EV rankings, shown below for the top-10 best-selling battery-electric cars in the country, as tallied by the HybridCars.com dashboard, as ranked by combined MPGe and as classified by the EPA:

Also note that those numbers for the Tesla Model S are for the most-efficient model, with a 60-kWh battery; the 85-kWh model offers lower MPGe grades and a higher, 265-mile driving range 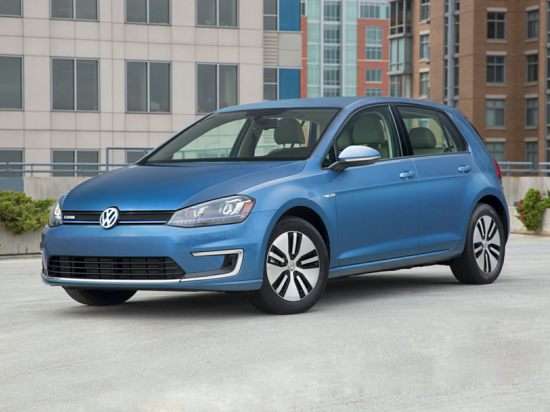