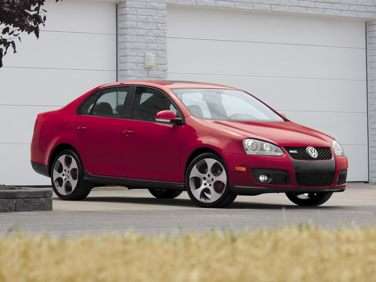 All About Volkswagen GLI

The Volkswagen GLI is a four-door, five passenger sport sedan. With the debut of the fifth generation Jetta in 2005 and the GTI edition of what had previously been called the Golf, but was now labeled the Rabbit the year after, Volkswagen made a somewhat unusual move. They decided to separate out their two performance editions from both the popular sedan and hatch and market them as their own vehicle line in the United States. The GLI is actually the Jetta in performance trim, and the GTI MkV is the faster version of the Rabbit.

While this sales methodology might be confusing, it has done little to alter the sporting characteristics of either vehicle. Both are based upon the same platform, and the GLI is visually the larger of the two, keeping the same 4-door sedan body that it shares with the Jetta. The GTI is a hatch that can be had in either a 2-door or a 4-door. Neither vehicle offers multiple trim levels, and the different GTI body styles are outfitted with the same standard equipment and options. Even the GLI and the GTI share almost identical features when it comes to the interior: 8 way adjustable driver’s seat, the same 10-speaker stereo system, and special sport trim. On the outside, HID headlights and an appearance package help to set both vehicles apart from their more sedate cousins.

The similarities don’t end there. Since both of these platform mates are performance-oriented, they share the same drive train, a 2.0 liter turbocharged 4-cylinder engine which makes 200 horsepower and 207 lb-ft of torque. One of the few options available on either vehicle is the choice of transmission. Buyers can opt for a traditional 6-speed manual transmission, or instead have VW’s DSG automatic installed. Also offering 6 forward gears, Volkswagen claims that their DSG technology is the fastest way to shift a car. Paddles are provided on the steering wheel in order to change gears, and the DSG-equipped vehicles are 0.3 seconds faster when accelerating to 60 miles per hour – a feat which each car can accomplish in just under 7 seconds.

The GLI sedan and GTI hatch are both meant to provide more thrills than straight line acceleration. With optional 18 inch rims, a tuned suspension and a torque curve that is both broad and found low in the engine’s range, either vehicle is a blast to drive. Large, ventilated disc brakes at all four corners provide enough stopping power to keep things legal, and both cars come with a sizeable array of electronic nannies in the form of traction and stability control in order to make sure that drivers don’t get themselves into situations that they might not be able to get out of in one piece.

Even though the GLI and the GTI MkV have both been victimized somewhat by the growing weight of passenger cars, they remain a fun option for those who are interested in a vehicle with a little more pizzazz than the standard model. While a cold weather package and a sunroof can be had for a few dollars more, the sedan and the hatchback are both well equipped when it comes to standard features, making them solid, uncomplicated buys.