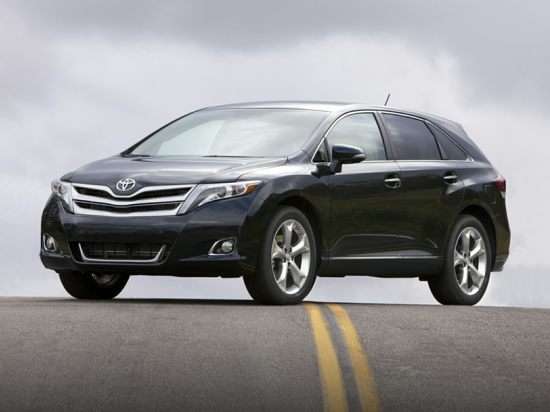 Changes for the 2015 Toyota Venza:

This year, Toyota simplifies the Venza’s powertrain offerings, adds a standard reversing camera, and introduces new versions of its Entune infotainment technologies. Models with a V-6 engine also get a standard Towing Prep Package for 2015.

For 2015, the Toyota Venza is available in LE, XLE, and Limited trim levels.

A Premium Package adds a power sunroof, a panoramic glass roof, and a premium audio and navigation system with Entune App Suite to the XLE model. These features come standard on the Venza Limited, along with a more powerful V-6 engine, all-wheel-drive, rear parking sensors, and HID headlights with automatic high-beam operation.

A 181-horsepower, 2.7-liter 4-cylinder engine is standard for the Venza LE, paired with front-wheel or all-wheel drive.

To get the 268-horsepower, 3.5-liter V-6 engine, add it as an option to the Venza XLE or upgrade to the Venza Limited, for which the more powerful motor is standard equipment, along with Active Torque Control AWD.

All Venzas have a 6-speed automatic transmission, and all include two years or 25,000 miles of free scheduled maintenance.

In crash tests, the NHTSA says the 2015 Venza delivers 5-star-rated overall occupant protection. The Insurance Institute for Highway Safety (IIHS) also thinks the Venza is safe, giving the crossover SUV a “Good” rating in all performed tests. Note, though, that the IIHS had not assessed the Venza for small overlap frontal-impact protection as this summary was written.

Among the changes for 2015, Toyota has upgraded the Venza’s infotainment systems.

Optional for the XLE and standard for the Limited is a JBL premium audio system with an upgraded navigation system.