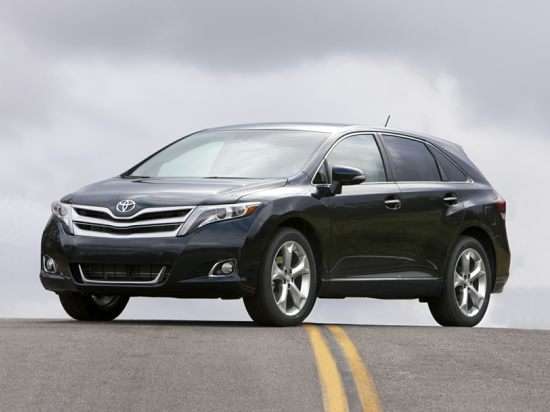 Changes for the 2014 Toyota Venza:

A 181-horsepower, 2.7-liter 4-cylinder engine is standard equipment for the 2014 Venza LE and XLE, and a 268-horsepower, 3.5-liter V-6 is optional for the XLE model and comes standard for the Venza Limited. Both engines deliver power to the front wheels through a 6-speed automatic transmission, and all-wheel drive is optional. Toyota also includes free scheduled maintenance for the first two years or 25,000 miles of ownership.

Regardless of engine choice or whether you select the optional AWD system, the 2014 Venza delivers between 21 mpg and 23 mpg in combined driving.

According to the National Highway Traffic Safety Administration (NHTSA), the 2014 Venza receives a 5-star overall crash-test rating. In tests conducted by the Insurance Institute for Highway Safety (IIHS), the Venza earns the best rating of “Good” in the four tests to which it has been subjected.

Among the available features offered for the 2014 Venza, the crossover can be equipped with a Display Audio system with Bluetooth music streaming, HD Radio, iTunes tagging, and Entune App Suite technology. A reversing camera is also available, along with a power tailgate, a navigation system, and a Smart Key passive entry system with push-button starting.