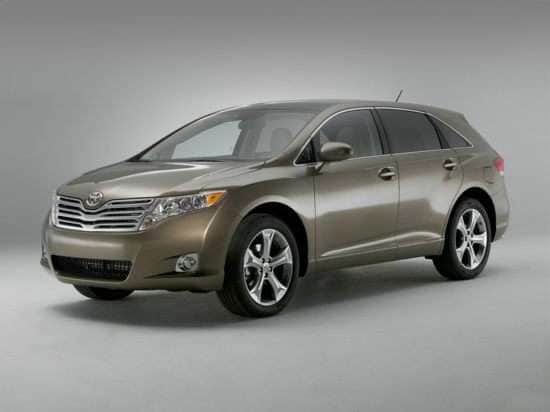 Available in late 2009, the Venza has a distinctively American-design feel as it incorporates the features of a passenger car, the roominess and utility of an SUV, the aerodynamics of a sleek sedan and elegant interior features for comfort. Small cars are the hot vehicle today as high gas prices stay steady and fuel economy is top of mind for consumers. Car manufacturers are responding by introducing news cars that are extremely versatile.

This new car category has yet to be clearly defined. "Not an SUV, not a wagon, not a coupe and not a sedan,” says Kevin Hunter, president of Toyota’s Calty Design Research, which is headquartered in my neighborhood of Newport Beach, Calif. “We aimed for a more road-focused vehicle and sporty direction."

Hunter is describing Toyota’s new 2009 Venza. Available in late 2009, the Venza has a distinctively American-design feel as it incorporates the features of a passenger car, the roominess and utility of an SUV, the aerodynamics of a sleek sedan and elegant interior features for comfort.

Exterior styling designer Ian Cartabiano looked at the aerodynamics not only from a design perspective, but also to increase fuel economy with reduced wind resistance. The Venza was also designed to stand out from a crowd of Camrys and Accords with a wide stance, 20-inch wheels (V6 models only) and a snazzy rear end spoiler.

I don’t like driving giant SUVs, so I’m excited about trying out the new Toyota Venza. From looking at concept pictures and watching Calty’s YouTube video, I can see how Toyota has taken the SUV, CUV, sedan, hatchback and even the minivan to strike a great balance to an overall excellent versatile vehicle. It seems on-the-go families and active people are going to love the Venza for its design appeal, huge cargo capacity.

Inside, Toyota says the Venza won’t make you fall asleep either. “The flow of the Venza’s center console is a bit of an optical illusion,” says Calty’s chief designer Ben Jimenez. “Both passenger and driver will feel as if 60 percent of the space is in their personal zone.”

On examining press photos of the interior, I can see the Venza does indeed take cues from the minivan (shift is an integral part of the center console), SUV (large infotainment screen and integrated in-dash computer display) and luxury sedan (two-tone textured plastic, burnished metal accents and liberal use of faux wood panels). Because of Venza’s wide stance and high ceilings, it seems the cabin must feel as roomy as Toyota’s RAV4 or Highlander albeit with the design elegance of a luxurious Camry sedan.

Toyota also put some power under the hood. Toyota’s 2009 Venza comes in front and all-wheel drive models as well as four cylinder or V6 engines with six-speed automatic transmission. And although the Venza is not being manufactured with a hybrid engine, this is a Toyota. Perhaps by the 2010 model year, Venza will be available with Toyota’s award-winning hybrid synergy drive.

As an automotive journalist and as a busy mother with two kids, I’m happy to see car companies like Toyota take the time to develop a truly versatile car for my highly complex modern suburban lifestyle. At the LA Auto Show coming up this fall, I’ll bring you further insights as I get up close and personal with the 2009 Toyota Venza.