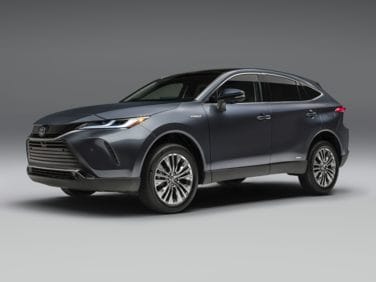 All About Toyota Venza

The Toyota Venza is a five-passenger crossover SUV that is all-new for the 2009 model year. The Venza, which goes on sale in January 2009, is manufactured in Georgetown, Ky. alongside the Toyota Camry, Toyota Camry Solara and Toyota Avalon and goes on sale. The production version of the Venza was first displayed at the 2008 North American International Auto Show.

Categorized as a mid-size SUV, the Venza falls between the larger Toyota Highlander and smaller Toyota RAV4 within Toyota's vehicle lineup. The crossover is intended to compete with such offerings as the Chevrolet Traverse, Dodge Journey and Ford Edge.

The Toyota Venza infuses both SUV and sedan styling cues. The result is a vehicle that resembles a larger Toyota Matrix. The high grille, slanting front end and extended cabin height are also reminiscent of the classic wagon design. Structurally, the Venza borrows its chassis from the highly-respected Toyota Avalon.

Inside, styling and amenities are intended to appeal to the family consumer. The considerably roomy interior comfortably seats up to five passengers. Large, clustered controls dominate the dashboard and make for simple operation. Handy storage compartments include a center console that is large enough to hold a purse and an iPod storage compartment.

Toyota has outfitted the Venza with a number of standard safety features. These include dual front airbags, side airbags, side curtain airbags with rollover deployment, driver knee airbag, 4-wheel antilock brakes, antiskid system, brake assist and a tire pressure monitor. The NHTSA and IIHS have yet to test the new Toyota crossover.