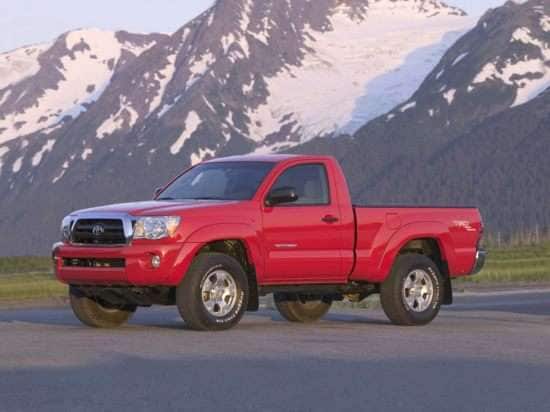 Changes for the 2013 Toyota Tacoma:

The little truck that could still does, as the 2013 Toyota Tacoma remains the best-selling entry in the admittedly tiny compact pickup segment. It’s a record of success that’s unlikely to end this year, since the truck—which received a noticeable refreshing in 2012—adds a new Limited trim for the current selling season. Designed to showcase “a sense of refinement, while also adding a more sophisticated exterior appearance,” the 2013 Toyota Tacoma Limited welcomes:

The 2013 Toyota Tacoma prides itself on offering an extensive range of cab and powertrain configurations, with both two- and all-wheel drive, as well as multiple bed choices, and it does so by offering three basic models in multiple trims:

The 2013 Toyota Tacoma Double Cab roster includes the same models as the Access Cab lineup, but swaps in a long-bed version of the PreRunner and swaps out the X-Runner.

Numerous upgrades also are available for the 2013 Toyota Tacoma lineup, ranging from the TRD and T[temp]>X performance packages that offer even more offroad performance and style to premium features that deliver more comfort and convenience—like Toyota’s Entune connectivity/infotainment system, a navigation system, JBL GreenEdge speakers, and a leather interior.

Both 4-cylinder and 6-cylinder engines are available for the 2013 Toyota Tacoma, with the former able to extricate 159 hp and 180 lb.-ft. of torque from its 2.7 liters of displacement. The truck’s 4.0-liter V6 ups those ratings to 236 hp and 266 lb.-ft. of torque. The larger powerplant offers a larger number of gears, too, with five-speed automatic and six-speed manual transmissions, while the 4-cylinder engine can be paired with either a four-speed automatic or a five-speed manual.

Adding four-wheel-drive to the 2013 Toyota Tacoma results in fuel-economy ratings of:

Along with its cutting-edge Entune technology, which offers a full range of infotainment and connectivity benefits, the 2013 Toyota Tacoma can be configured with some serious offroad hardware that bears mentioning. This includes Toyota’s advanced A-TRAC traction-control system, an electronically controlled locking differential, and Bilstein shock absorbers.