The Japanese automaker, Toyota, has done an excellent job of electrifying the grid we call our daily commute with the ever expanding Prius family of plug-ins and Hybrid Synergy Drive power players. A prime example is the Toyota Highlander Hybrid, a gas/electric crossover that was recently named the 2012 Ideal Hybrid/Electric CUV by Autobytel, Autopacific and over 75,000 new car owners.  Thanks to the coming together of two great automotive visionaries Akio Toyoda of Toyota and Tesla’s Elon Musk, they might just have the 2013 Ideal Vehicle Award in the bag as well with the all new 2012 Toyota RAV4 EV.

While Akio has been pleasing enthusiasts with affordable, fun-to-drive cars like the FR-S, he is also bringing and edge back to an automaker that had started to blend in a little too much in a sea of silver metallic with the Toyota RAV4 electric crossover.  At the recent RAV4 EV introduction in Newport Beach, the question everyone was asking at the welcome dinner was “Why is Akio trying to get with Tesla?” and after one jab at what would normally be called the gas pedal, the 280 lb-ft of torque pins your back into the seat and it was apparent that this oversized EV has the soul of a sports car. This is because the RAV4 EV uses the running gear from a Tesla Model S, the all new sport sedan from Elon’s electric car company.

The Toyota RAV4 EV is powered by an 800 lb battery that is securely packaged between the front and rear axle, making the most of the standard RAV4’s interior, and as an added bonus gives the EV a low center of gravity as well as nearly perfect 50/50 weight distribution. The RAV4 EV can store enough energy onboard to travel an estimated 92 miles on the Normal battery life extending setting and as much as 113 miles on the Extended setting, and that’s without adding anything back with brake regeneration, which puts back anywhere from 17% to 24% of the energy that would otherwise be lost and allow you to keep going a bit further.

Otherwise, it takes anywhere from five to six hours to fully charge the battery with a 240V 40 Amp charger, which can be scheduled remotely with a smart phone app.  Toyota’s plan is to sell a total of 2,600 RAV4 EVs in the next three years to satisfy California’s Zero Emission Mandate. This shouldn’t be a problem if they can persuade the Governator to trade in his old clunker of an H1 for an all new RAV4 EV.  The only foreseeable obstacle to their success might be the asking price of nearly $50,000. Toyota claims the price should come down by around $10K with incentives and rebates. 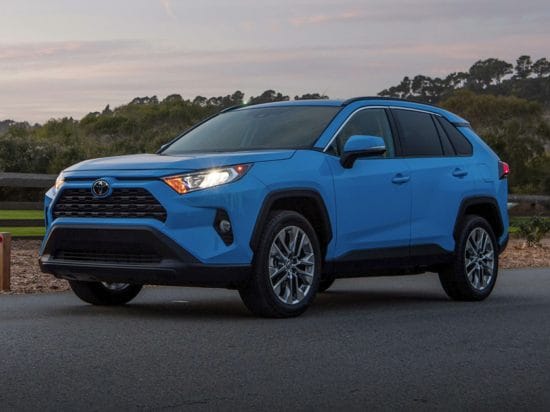