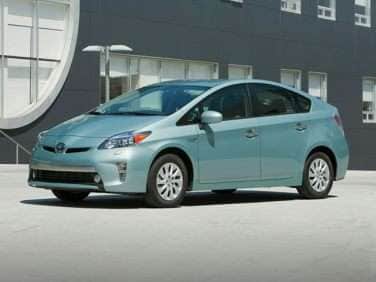 All About Toyota Prius Plug-in

The Toyota Prius Plug-in is a mid-size hybrid electric vehicle based on the third generation of Toyota Motor Company’s popular Prius gasoline-electric hybrid hatchback. It differs from the conventional Prius in that, with a fully charged battery, the car can run in a fully electric mode until the battery is depleted; then the car operates like a regular gasoline-electric hybrid. This gives people with short commutes the flexibility to drive the Prius Plug-in like a fully electric vehicle as much as possible. In concept form, the Prius Plug-in was previewed at the Frankfurt Motor Show, the Toyko Motor Show, and the Los Angeles Auto Show, all in 2009. Production was officially announced in December of 2009 and demonstration of pre-production versions of the Prius Plug-in commenced in selected markets around the world. The production version of the Toyota Prius Plug-in Hybrid was introduced at the Frankfurt Motor Show in September of 2011. The Prius Plug-in went into production in January of 2012 in a Toyota assembly plant in Tsutsumi, Japan. Delivery began in Japan that same month, and in the United States, a month later for limited delivery to selected markets. European delivery began in the summer of 2012.

The Prius Plug-in, like the rest of the Toyota Prius lineup, features a front-engine, front-wheel-drive configuration.  The drivetrain is comprised of a 1.8-liter four-cylinder gasoline engine that’s paired with a 60 kW electric motor and a 4.4 kWh lithium-ion battery that was developed in a partnership with Panasonic. A second, smaller battery acts as an engine starter and as a source for power regeneration. The Prius Plug-in Hybrid uses a one-speed planetary gear transmission. The Prius Plug-in uses a version of Toyota’s Synergy Drive hybrid technology that’s used throughout the Prius family as well as in Toyota’s other hybrid models. The Prius Plug-in achieves a total range of 540 miles on both gasoline and electric power; on electric mode alone, the Prius Plug-in can travel 11 miles, according to the Environmental Protection Agency, though range varies based on driving conditions and the car’s electric accessory usage. The EPA also gave the Prius Plug-in a fuel economy rating of 95 miles per gallon gasoline equivalent in all-electric mode. In hybrid mode, the Prius Plug-in achieves the same fuel economy as the conventional Prius, 50 miles per gallon. The top electric speed for the Prius Plug-in is 62 miles per hour. The battery pack in the Prius Plug-in can be recharged at the standard household current of 120 volts, or at an electric vehicle charging station or home charging unit of 240 volts. Charging at 120 volts takes two and a half hours; 240 volts takes 90 minutes.

The Prius Plug-in has some differences from the concept and demonstrator pre-production cars. Toyota added driving modes so the driver can select between electric, eco, and power operation based on driving conditions and needs. Toyota also modified the regenerative braking system so the power that is conserved is sent to the all-electric battery rather than the hybrid battery, which improves electric mode range. Subtle visual cues, such as the addition of chrome trim, differentiate the exterior of the Prius Plug-in from the Prius, although care was taken to preserve the Prius’ carefully designed aerodynamic qualities to maintain maximum efficiency. The Prius Plug-in also offers many of the same standard features and options as its sibling, such as heated front seats, a smart key with push button start, LED headlamps, a touch-screen display, and a premium audio system.