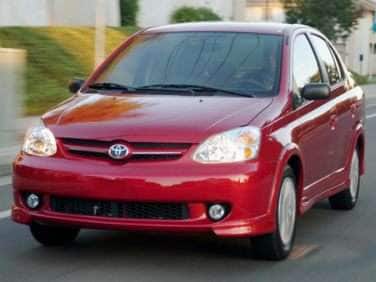 All About Toyota ECHO

The Toyota Echo is a small economy car that was first introduced the market at the end of 1999 as a 2000 model. The Echo is the replacement for the Toyota Tercel and was eventually replaced itself by the Toyota Yaris in late 2005. This vehicle was designed for the younger US buyers hoping to increase the target market share with its low price, fuel economy and unique look. The Yaris never really caught and sold less than 49,000 units in its best year. The vehicle received a facelift for the 2003 model year, but the updated look didn’t spur sales the way Toyota had hoped and the Echo was discontinued after the 2005 model year. Part of the problem at the end was that the Echo was only available by special order, causing sales to completely drop off after the 2003 model year. It's estimated that less than slightly more than 5,000 units were sold during the last two years of production.

Under the hood of this small car is a 1.5 L inline four-cylinder engine that offers 108 horsepower. This engine is paired to an manual transmission with an automatic transmission available as an option. If the vehicle was any heavier the acceleration would be sluggish. Instead, the Yaris has decent pickup due to its light curb weight.

Being light and small the vehicle also offered excellent fuel economy. The EPA rating for the Toyota Echo is 34 mpg in the city and 41 mpg on the highway.

Small on the outside, but spacious on the inside. The cabin is impressive, giving the driver loads of room partly due to the height, giving lots of headroom. The taller design also gave the vehicle a ‘tippy’ feeling. Adding to the height are small tires that gives the Echo more roll than is comfortable on tight corners. Another issue often complained about is the poorly designed central instrument panel. The seating was comfortable with the back offering sufficient legroom for two adults. Some of the features were obviously at the low price end, like the extensive use of cheap plastics and hard steering wheel.

Being a Toyota, the Echo does have a reputation for reliability and durability. However, in order to keep the price way down, Toyota charges for much of the equipment that comes standard in the competitive models. One good thing is that the used models are holding their value over time.

Toyota kept the basic cost of the Echo down by charging for any extras. Standard equipment included are an AM/FM four-speaker radio system, a tilt steering wheel, and 14 inch wheels. Everything else was considered optional. There was an All-weather Package that offered a heavy duty battery and a rear window defogger. The options list included air conditioning, a CD player, power steering, power windows and mirrors, a tachometer, split folding rear seats and power rear seat. Even much of the safety equipment was optional like antilock brakes, and side airbags.