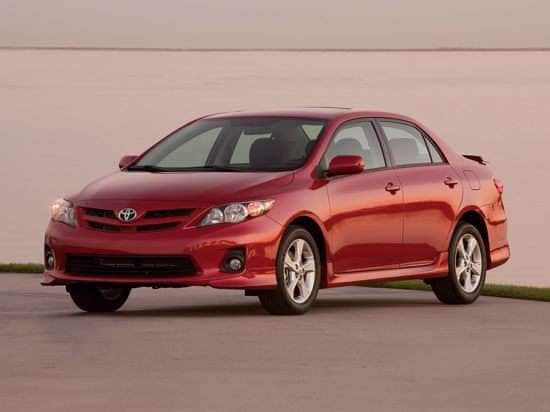 Changes for the 2013 Toyota Corolla:

This is the final year for the current Corolla in advance of the arrival of a redesigned 2014 Corolla. To keep consumers interested, Toyota introduces several new Premium Packages and a couple of Special Edition models, while making its Display Audio system standard for the LE and S trim levels.

The new Corolla LE Special Edition has aluminum wheels, leather seats, heated front seats, a navigation system, and three years of complimentary access to Entune smartphone connectivity and services. It is painted a unique Black Currant Metallic color. Hot Lava is the unique paint color for the Corolla S Special Edition, which has 17-inch aluminum wheels and different sport fabric seats in addition to the features offered on the LE Special Edition.

Hope you like the Corolla’s 128-horsepower, 1.8-liter 4-cylinder engine, because it’s the only one available. A 5-speed manual gearbox is standard, with a 4-speed automatic optional.

Corollas with a manual gearbox are rated to get 27 mpg in the city, 34 mpg on the highway, and 30 mpg in combined driving, according to the EPA. The automatic transmission returns 26-mpg city/34-mpg highway, for a combined EPA rating of 29 mpg.

The Corolla LE and S can be upgraded with a navigation system and Toyota’s Entune suite of mobile applications and data services. Pair a smartphone to Entune, either wirelessly or via the USB port, to access apps and services using the standard touchscreen or voice commands. The system also includes iTunes tagging capability.