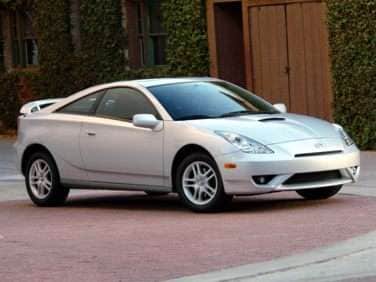 All About Toyota Celica

The Toyota Celica nameplate has been attributed to coupes from the Japanese auto manufacturer since 1970. The Celica has reliably featured a four-cylinder drivetrain, although, obviously, the specific engines have evolved over the decades. The Celica featured a rear-wheel-drive configuration until mid-1985, when it was changed to the front-wheel-drive setup that remained until the car was discontinued. A notable exception to the pattern would be the Celica GT-Four (as it was known globally) and All-Trac Turbo (as it was known in the United States) that featured a turbocharged engine and a four-wheel-drive setup, available from 1986 until 1999. Another version of the Celica, the Celica Supra, was later spun off into its own model, the Toyota Supra. The Toyota Celica was available for seven generations, and over the years it evolved in notchback, liftback, and convertible coupe forms. The Toyota Celica was discontinued in 2006.

The first generation of the Toyota Celica debuted at the Tokyo Motor Show in 1970 and went on sale just a couple months later. The very first Celica was a pillarless hardtop notchback, but a liftback was in the pipeline for release in early 1973 and was also exported to Europe. The first Celica destined for North America was a 1971 model. The liftback hit Japan in 1973 and was exported in 1976. And in 1975, the Celica range was given a facelift for a couple more years of life before the second generation Celica began production in 1977. The 1978 model year coupe and liftback were actually designed in the United States. A B pillar was added, meaning the Celica was no longer a true hardtop. A Targa-style convertible conversion was also added to the lineup, sold through Toyota dealers even though the conversion was aftermarket. The second generation Celica also saw drivetrain updates resulting in modest gains in power and fuel economy, and availability for different versions of the Celica varied widely across the world. In 1979 alone, Toyota offered 49 different versions of the Celica, including the Supra, which had its debut that year. The Celica Supra broke form by featuring a drivetrain with an inline-six engine. The Celica Camry came a year later, and bore the Celica name even though it was a sedan based on the Toyota Carina. The second generation Celica came to an end in 1981.

The Toyota Celica saw the most changes to date in its third generation, from 1981 until 1985. It was still available in coupe and liftback versions, as well as a convertible, although they were significantly restyled. Celicas built for the North American market got a big power boost from a 2.4-liter engine, the largest used throughout the Celica’s life. Other markets got less powerful drivetrains. Fuel injection became standard in 1982, and Japan got a turbo Celica in that year. The Celica range was refreshed for 1984, just in time for the fourth generation’s introduction in 1985. This revision was another big one for the Celica; rear-wheel-drive was phased out in favor of front-wheel-drive, the body became considerably more rounded, and most of the range got 2-liter engines. The GT-Four and All-Trac Turbo, released in the late 1980s, were sportier versions of the Celica with more power and four-wheel-drive. The fifth generation arrived in 1989 with moderate styling and mechanical updates, and remained until 1993. For the sixth generation, the All-Trac version was discontinued, but United States customers could buy a 1.8-liter Celica ST or a 2.2-liter Celica GT.

The seventh and final generation Celica was introduced in late 1999, and was part of an overall effort to attract younger buyers to the Toyota brand, especially in the United States, with a more aggressive exterior than ever before.  The Celica was also given more modern features. However, Toyota stopped exporting the Celica midway through 2005, and the remaining Celicas were sold only in Japan until 2006.