The SE version of the Camry Hybrid follows the same formula that Toyota uses on the standard Camry SE. This means a new front grille treatment, seventeen-inch alloy wheels, and rear decklid spoiler for the exterior. Inside is a unique seat fabric that looks almost like it came from an alien spaceship, as well as aluminum trim pieces. Standard equipment for the SE includes a backup camera, dual-zone climate control system, Toyota's Entune infotainment system, and a leather-wrapped steering wheel.

Power comes from Toyota's Hybrid Synergy Drive, which pairs a 2.5L four-cylinder and a 105kW electric motor to produce a combined output of 200 horsepower. A continuously variable transmission gets all 200 horsepower to the front wheels. Fuel economy for the Camry Hybrid SE is rated at 40 City/38 Highway/40 combined. Toyota has also fitted the Camry Hybrid SE with a new sport suspension to give it a more competitive edge.

How much for the 2015 Camry Hybrid SE? Toyota says the model starts off a $27,995. Competitors to the Camry Hybrid SE include the Honda Accord Hybrid and Ford Fusion Hybrid. 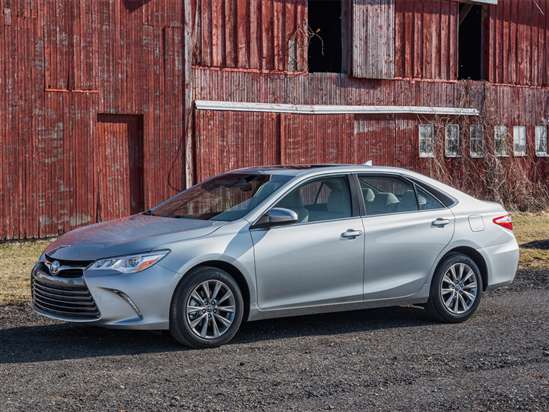