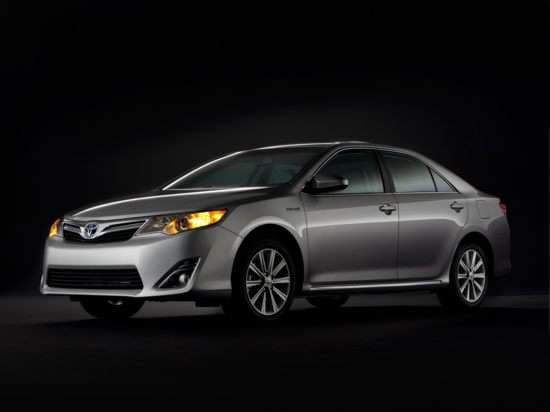 Changes for the 2013 Toyota Camry Hybrid:

The Camry Hybrid is equipped with an Eco Mode that adjusts throttle response and air conditioning operation to help maximize fuel economy, and an EV (Electric Vehicle) mode providing electric-only operation for up to 1.6 miles at speeds under 25 mph. Toyota says the Camry Hybrid can accelerate from zero to 60 mph in 7.6 seconds while meeting AT-PZEV (Advanced Technology Partial Zero Emissions Vehicle) standards.

In crash tests conducted by the NHTSA, the 2013 Camry Hybrid receives an overall rating of 5 stars, the highest possible result. The Camry is also a “Top Safety Pick” according to the Insurance Institute for Highway Safety (IIHS). However, in the new IIHS small overlap frontal impact crash test, which is designed to measure effectiveness at protecting occupants if the car impacts a pole, tree, or oncoming vehicle on the front left corner, the 2013 Camry receives a “Poor” rating, the worst score provided by the IIHS.